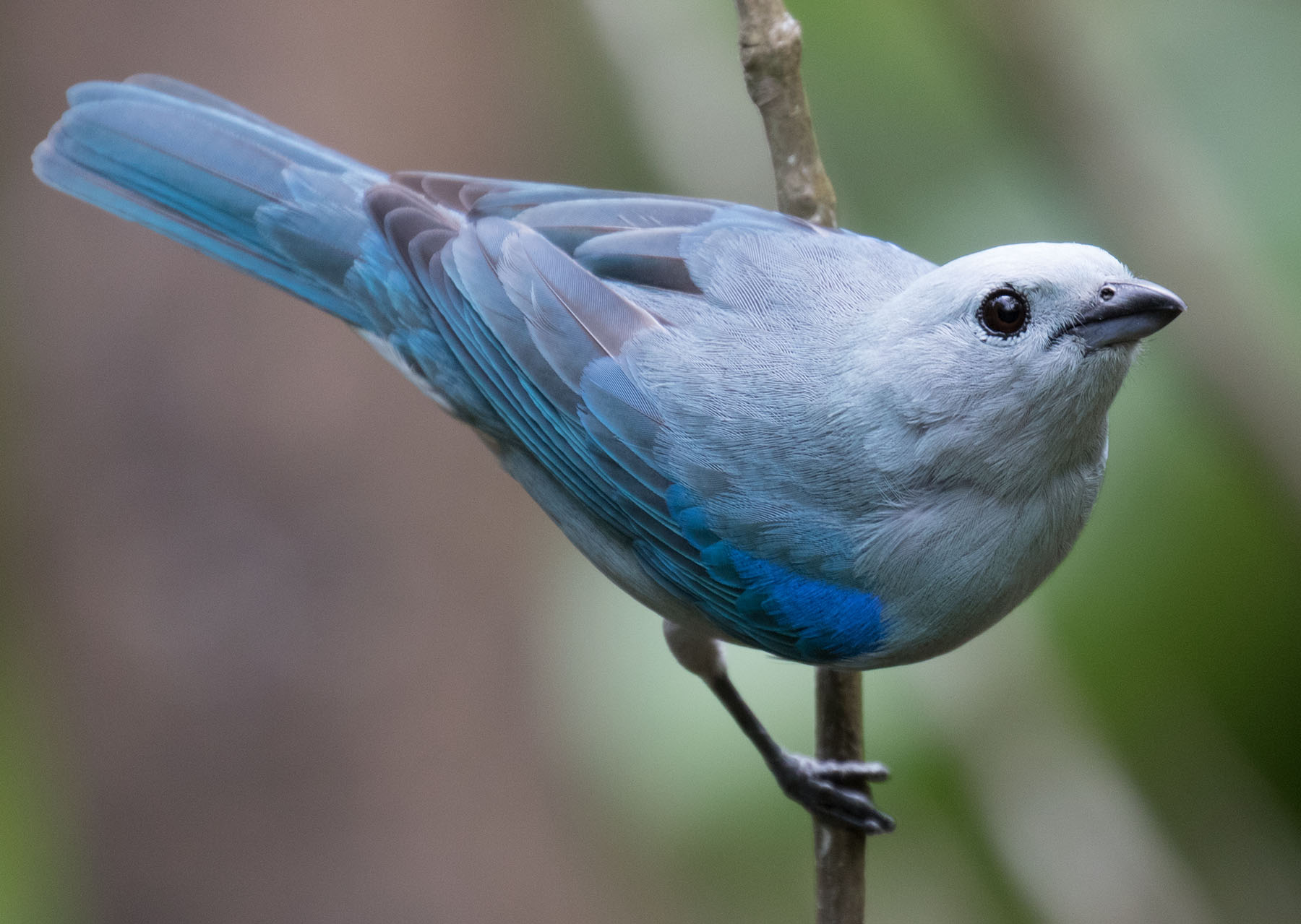 We had just spent a few days in Guanacaste where we experienced a terrific heat wave at Santa Rosa National Park and Liberia After picking up our rental car, I found four Western Meadowlarks standing underneath a tree for shade. 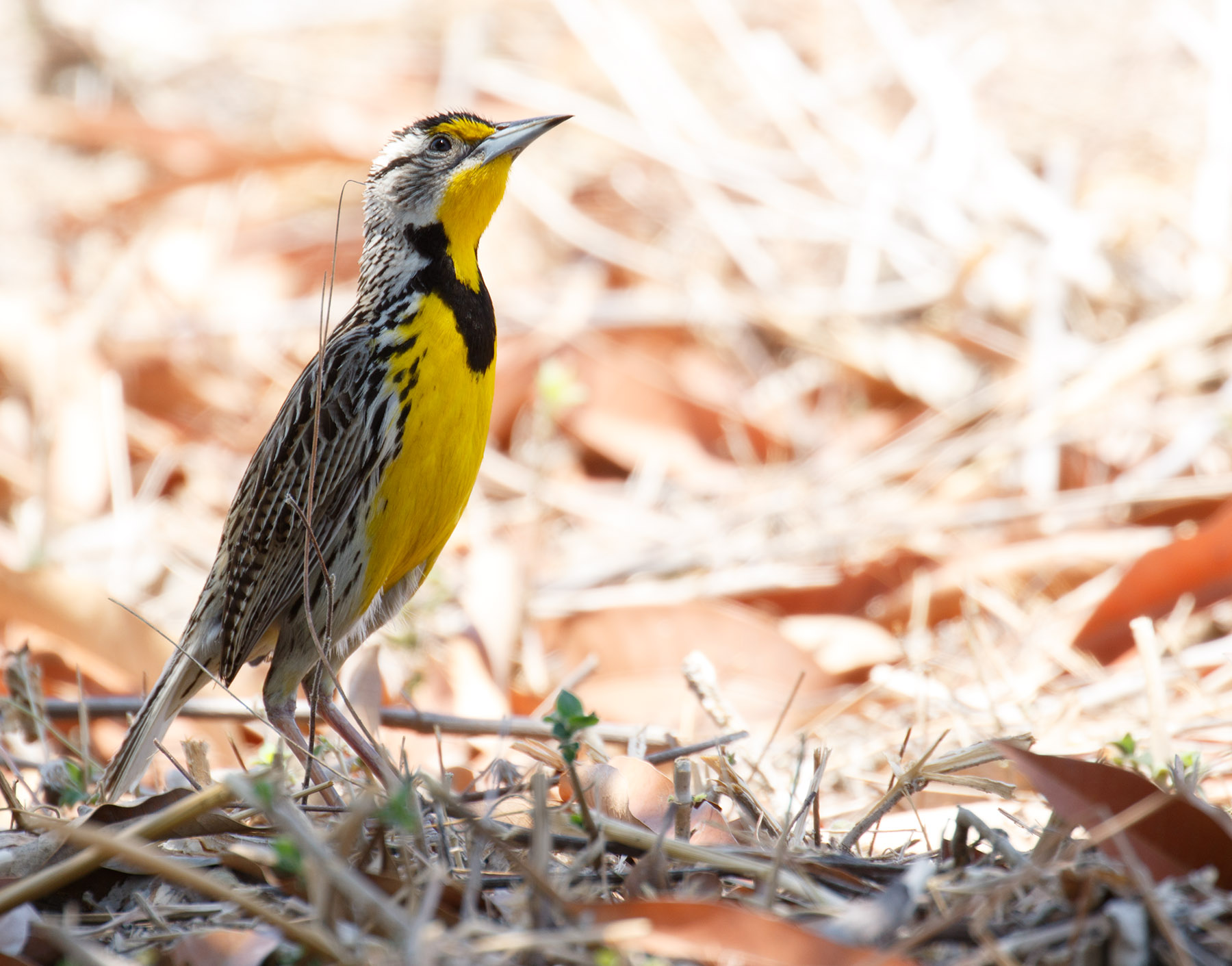 We were happy to head up into the cooler hills of Bijagua for the next part of our birding adventure. We had our reservations at Casitas Tenorio, which is located just east of Bijagua at about 2,300 feet. The temperatures were indeed nicer here, and we actually had a bit of rain--our only rain on the entire trip.

Birding takes priority over unpacking, of course, so we immediately moved to the small dining area at the lodge to watch the feeders. We had some great, close views of a male and female Red-legged Honeycreepers. 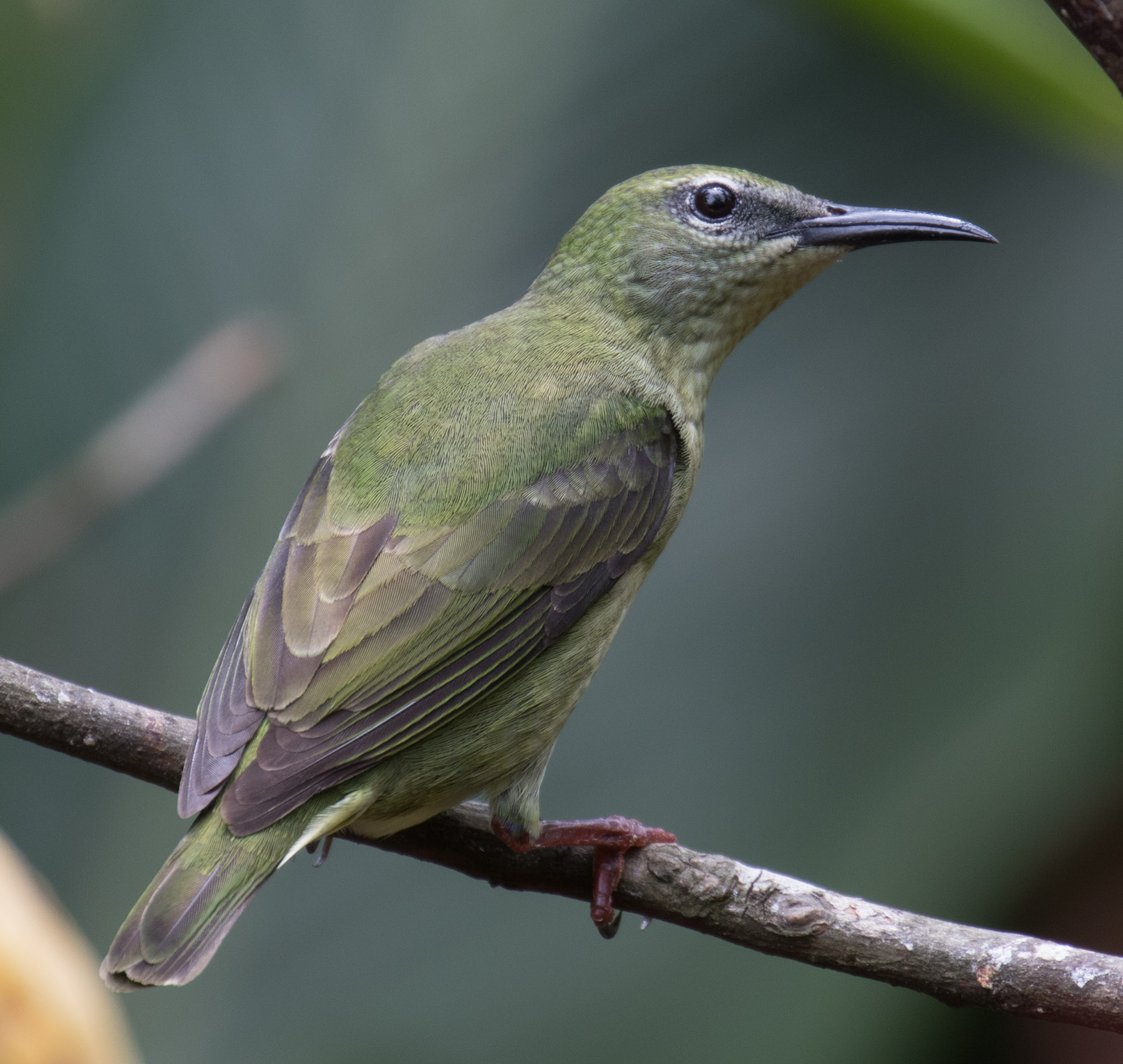 The male is a bit more showy than his girlfriend. 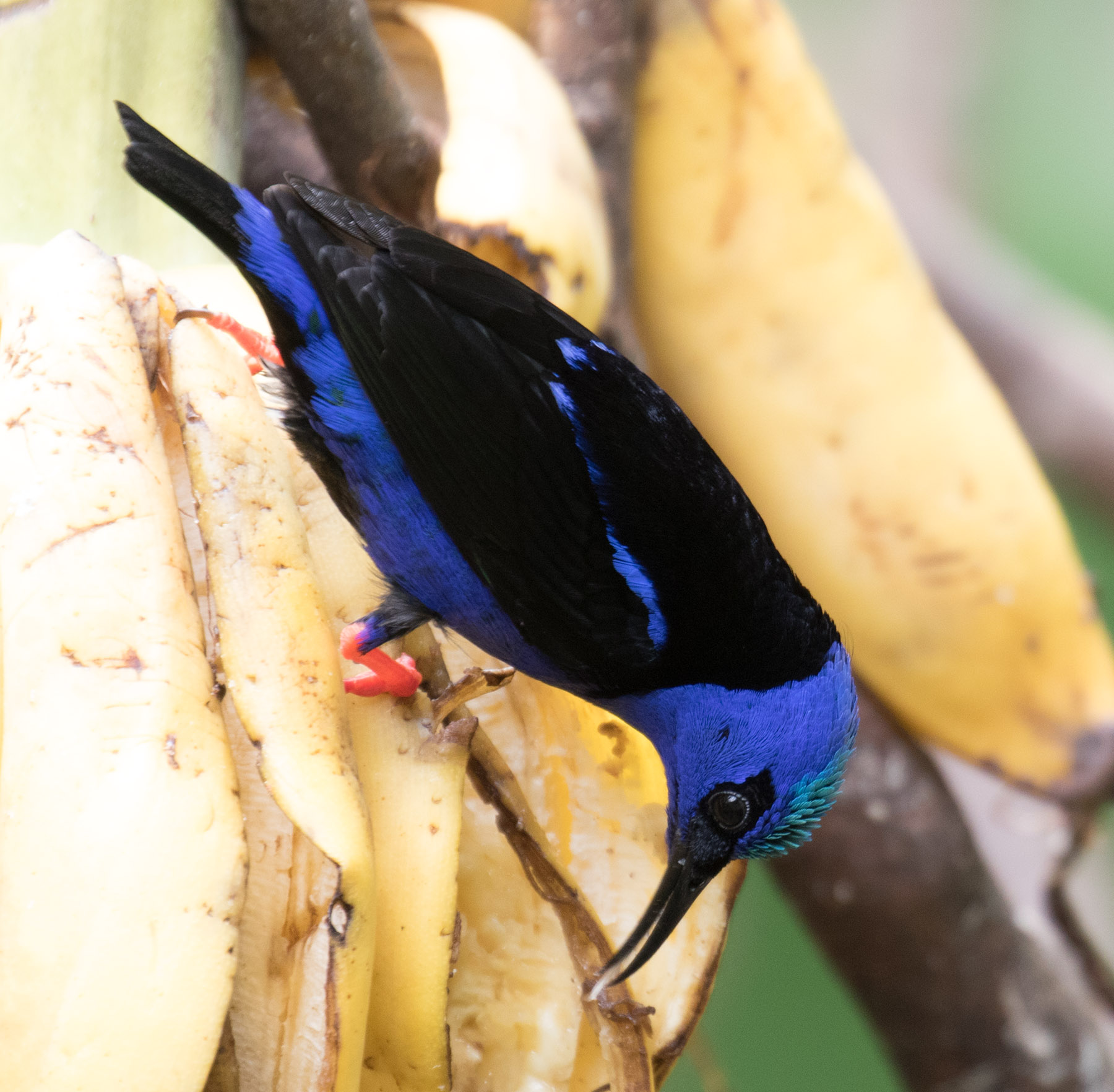 A Palm Tanager was waiting to get its turn at the bananas. 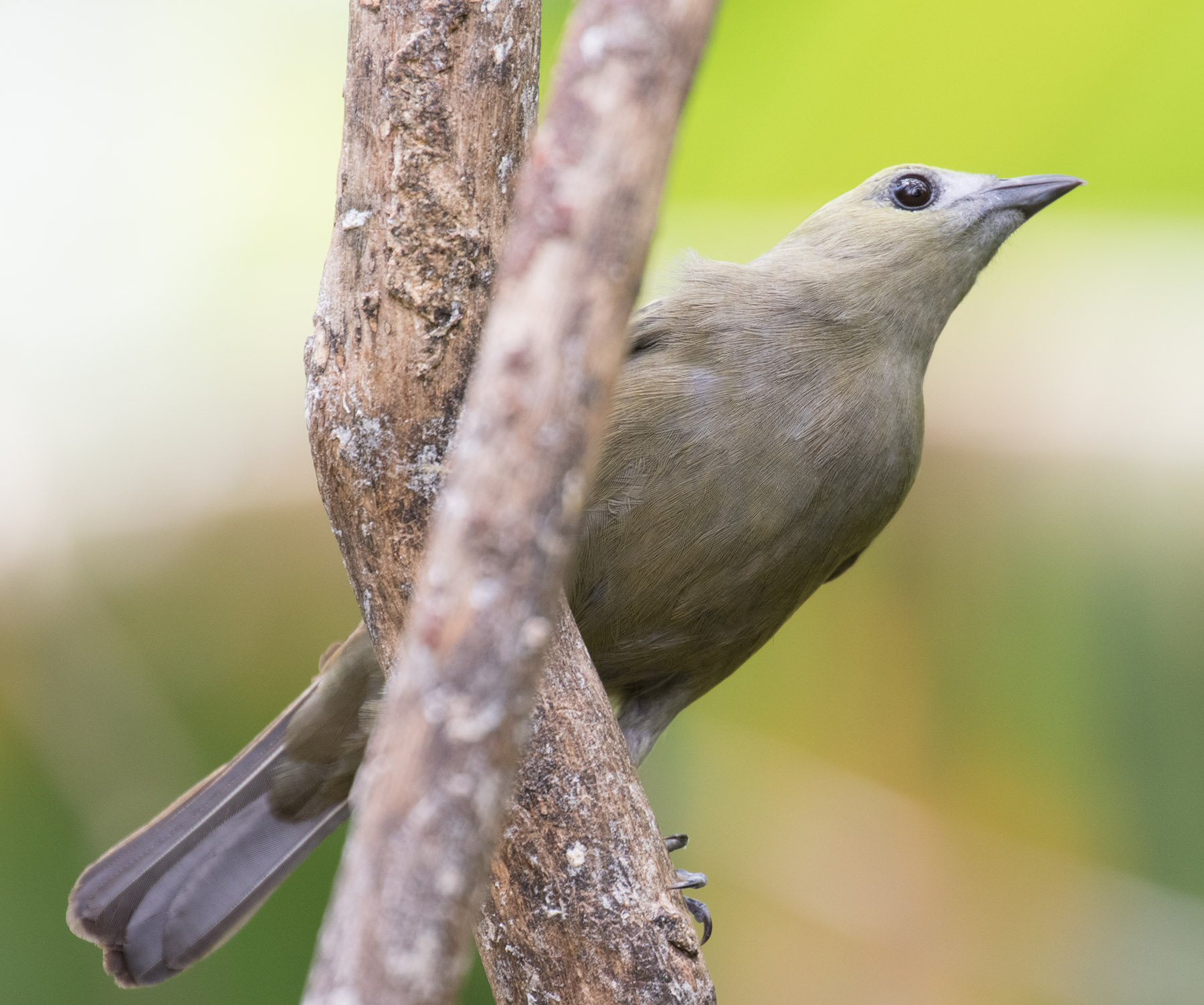 There was also a pair of Yellow-Throated Euphonias. The female is beautiful, but subdued: 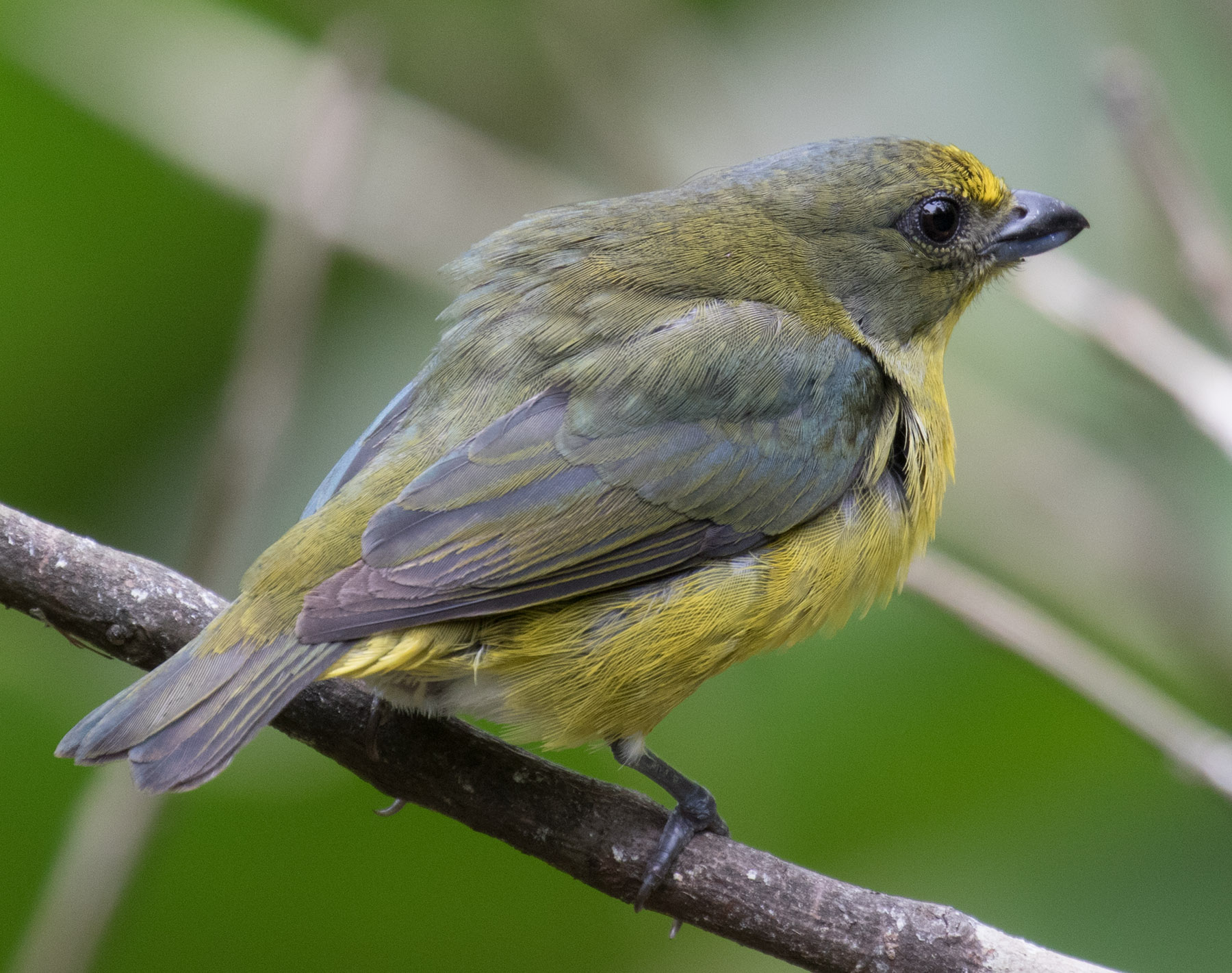 The male is also a bit more colorful: 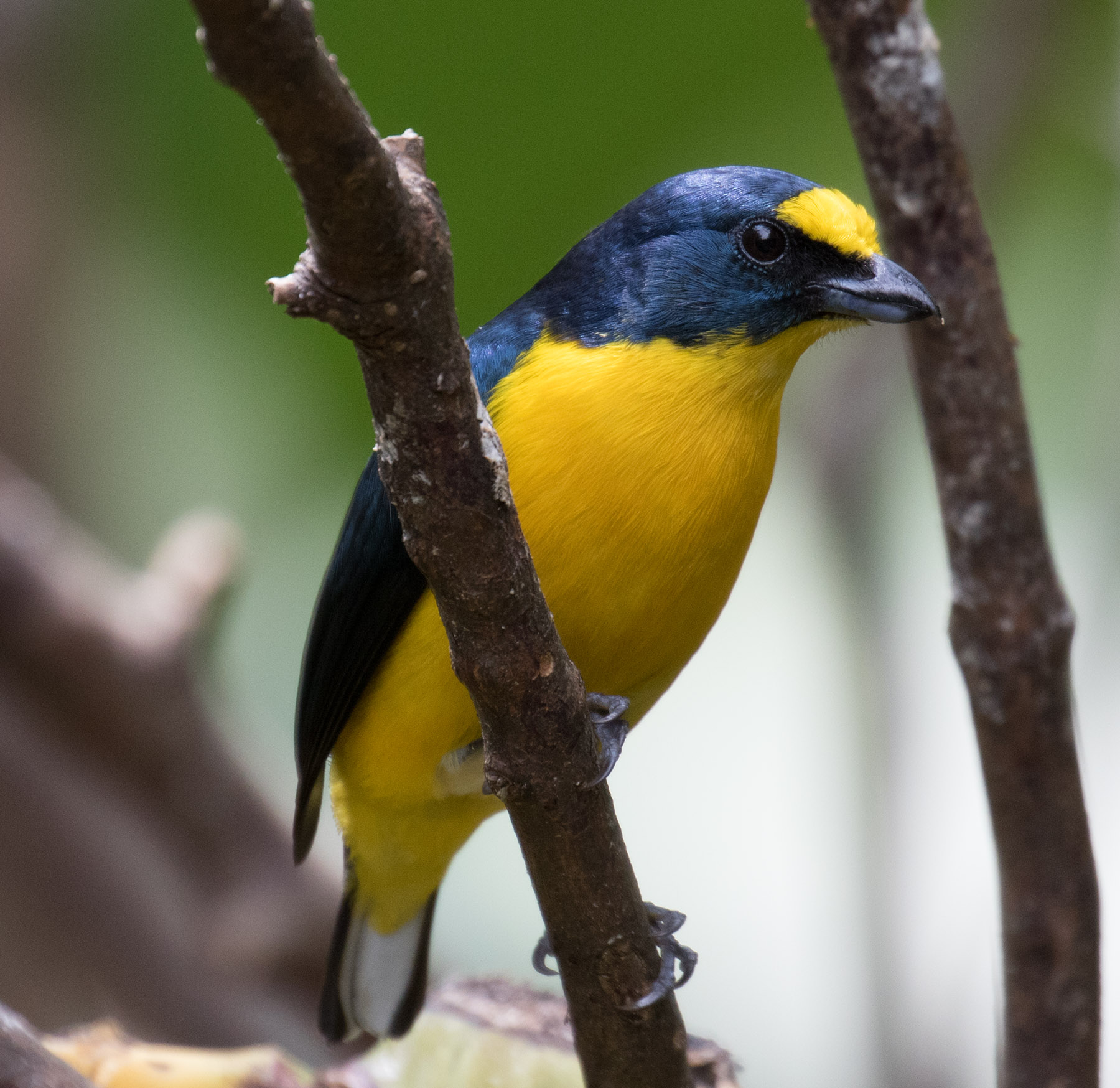 While Blue-Gray Tanagers are a very common bird in northern Costa Rica, I really love the subtlety of their colors.

There was also a nice view of a Montezuma Oropendola. These are also very common birds in northern Costa Rica, and you'll hear and see them wherever feeders are present. 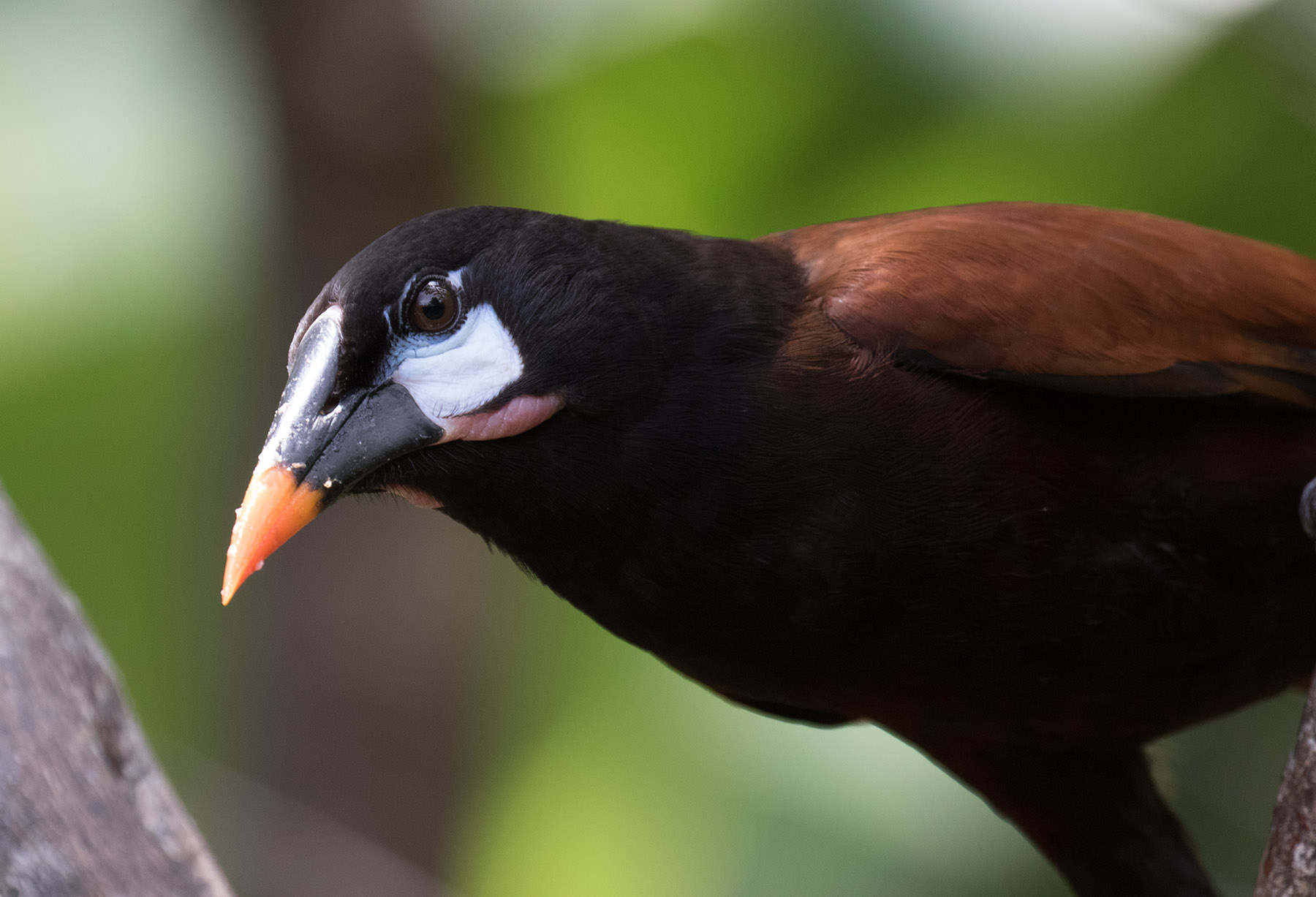 After getting checked into our rooms, we headed back down the road for lunch at the Hummingbird Cafe near Finca Verde. While waiting for our food, we got to watch a napping Pacific Screech Owl and a Rufous-Tailed Hummingbird perched nicely for me with the sun shining through it's tail feathers. 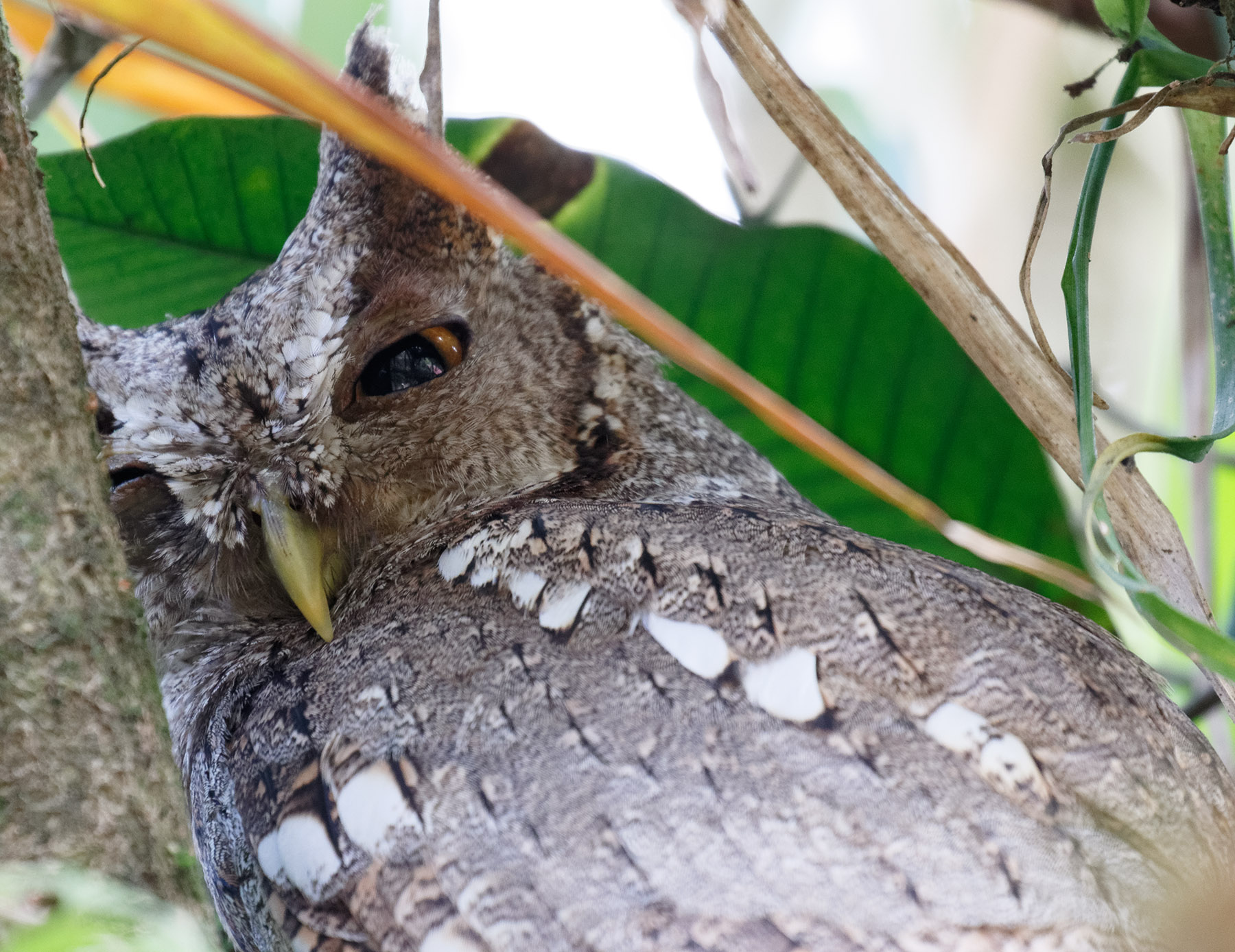 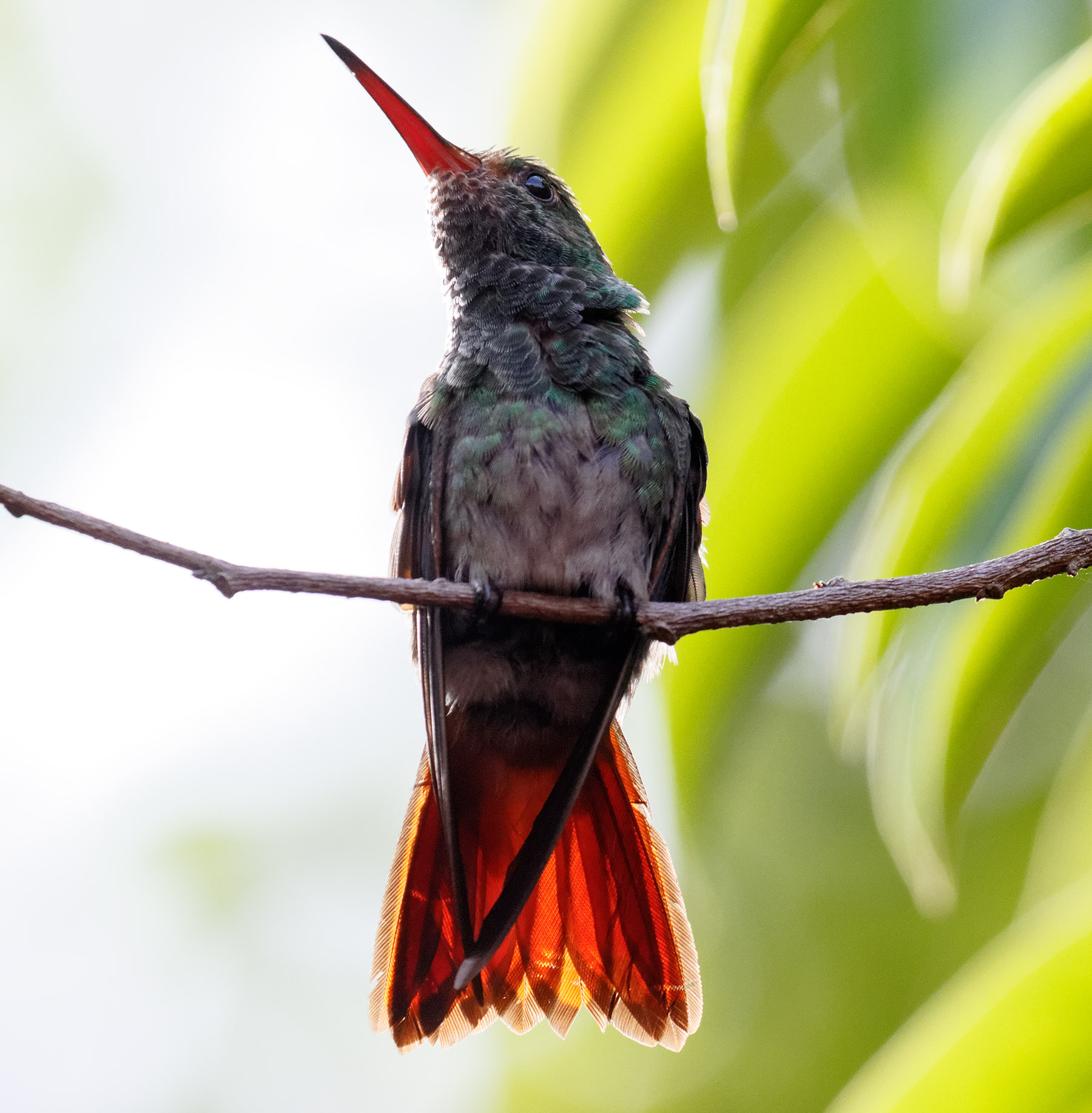