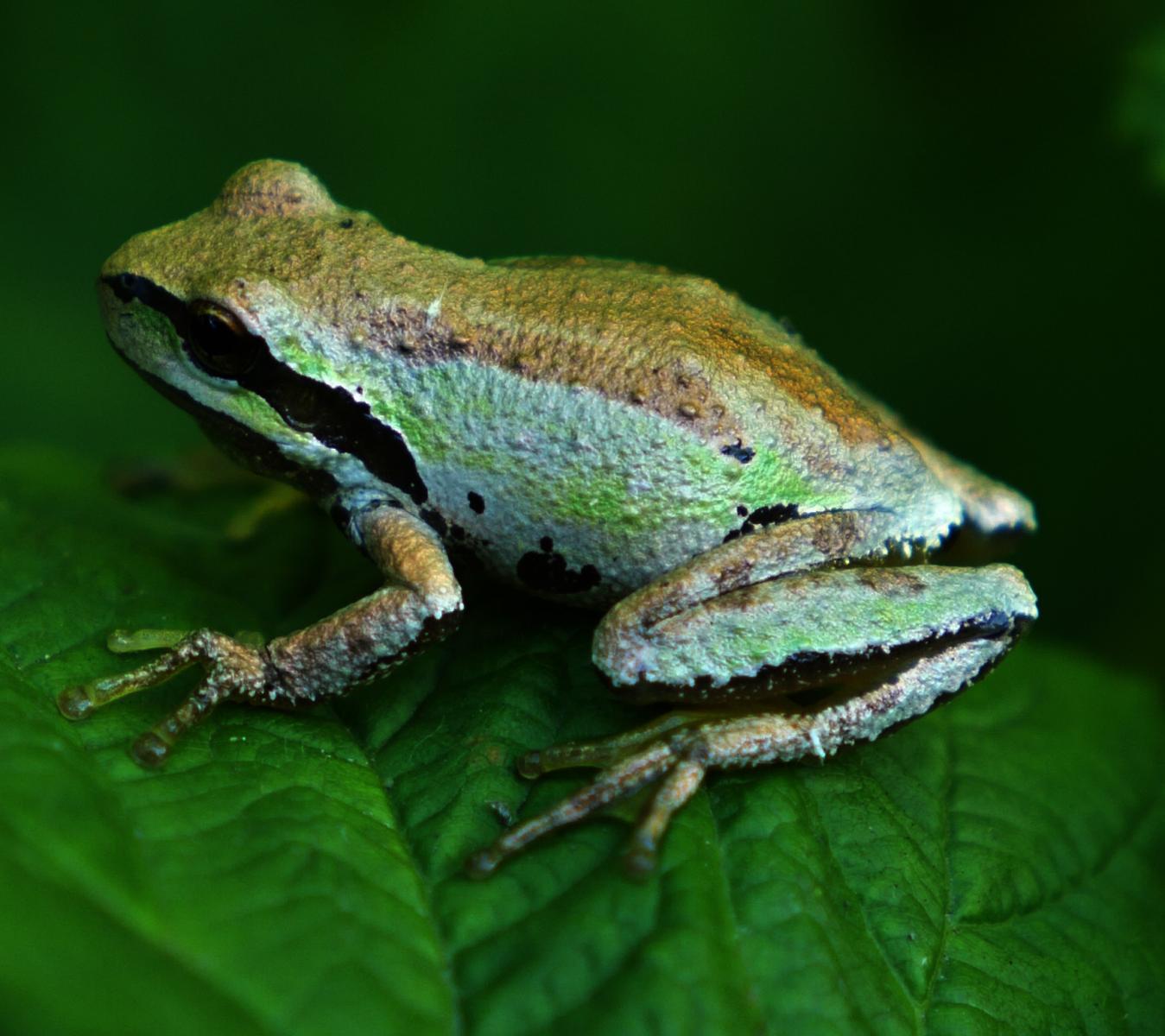 Pacific Tree Frogs are common amphibians in Western Washington state, and I love the sound of their mating calls in the spring. Usually, I'm lucky to spot a single frog during the summer when they try to stay in cool, damp areas, but I had a real treat on yesterday's trip to the Billy Frank Jr. Nisqually National Wildlife Refuge. We've been having extraordinarly warm weather for late September, and I spotted hundreds of Tree Frogs right near the visitor center observation platform. Many of them were actually sunbathing, as if they knew that the sun was about to vanish for a few months.

It was a great opportunity to document the incredible color and pattern variation in these little frogs.

First, we have the mostly-green variation. 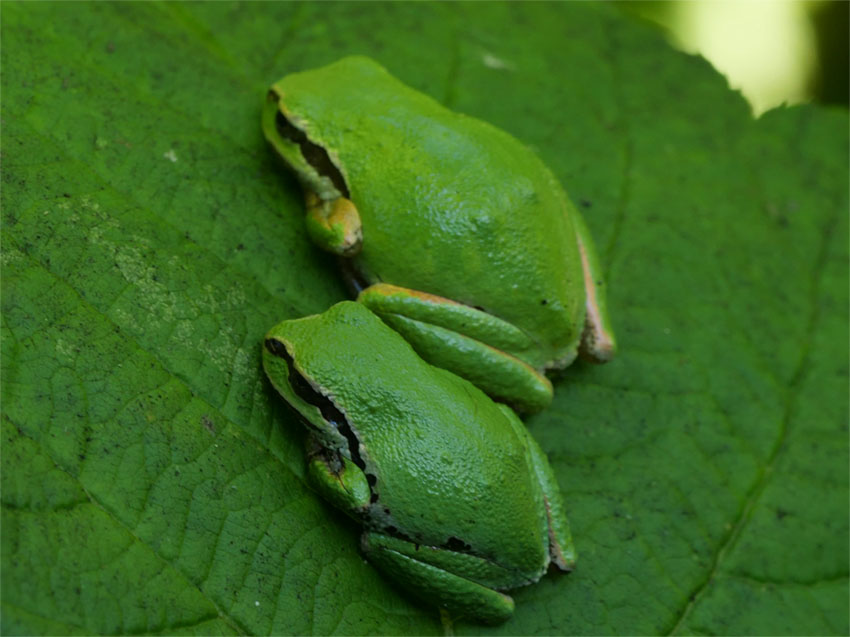 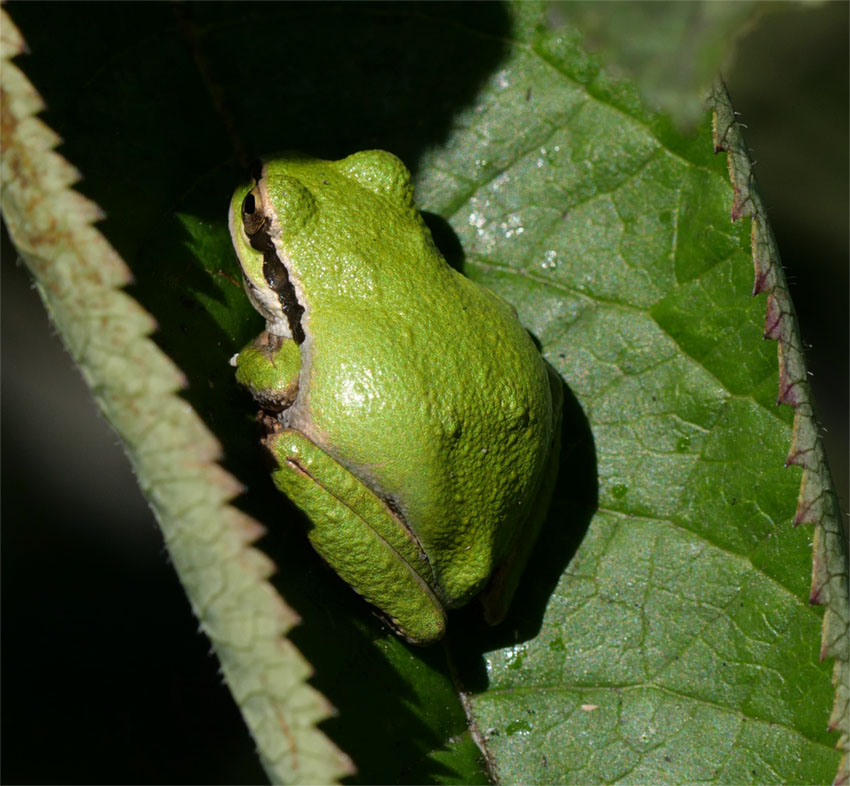 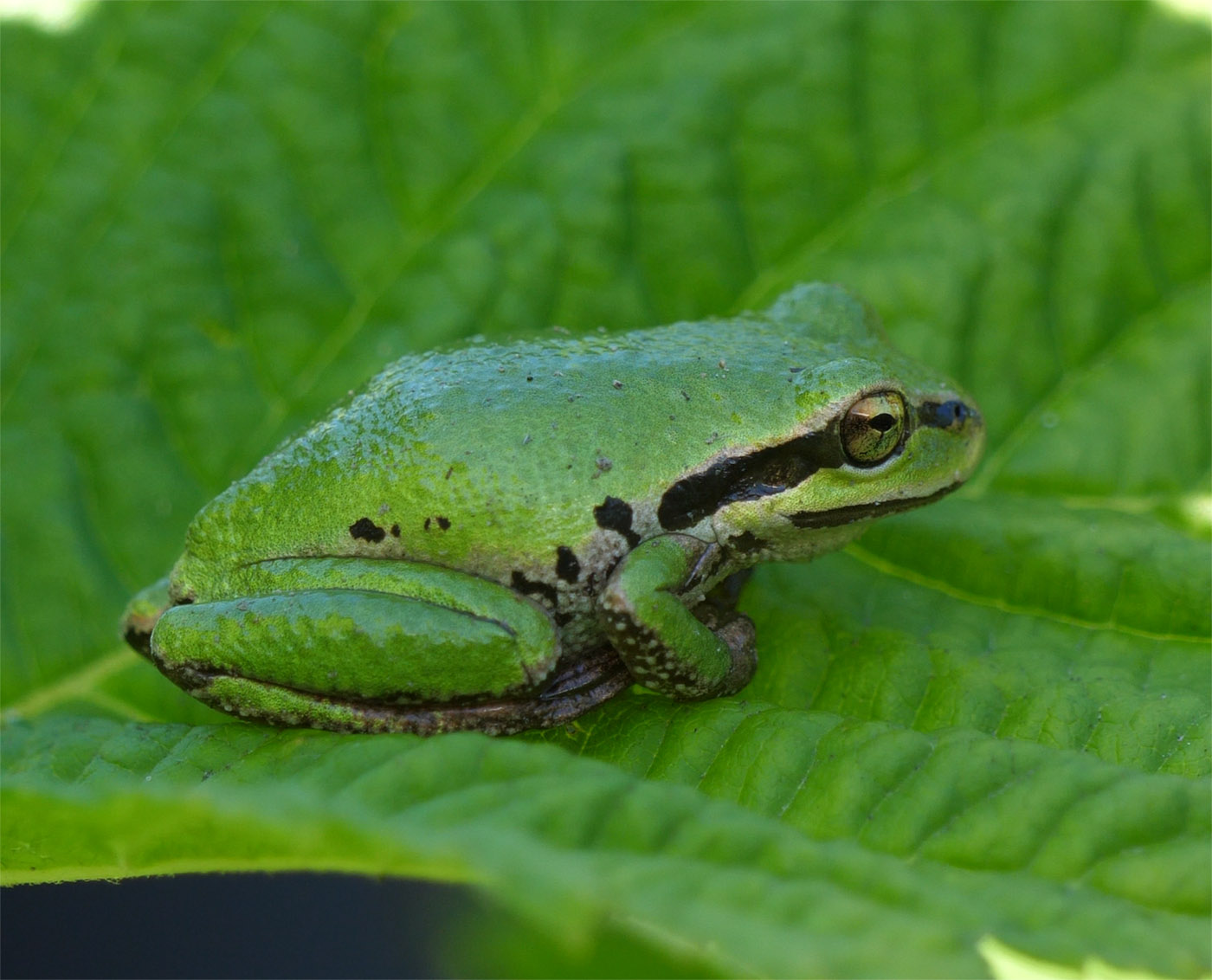 And then we get some with just hints of green. 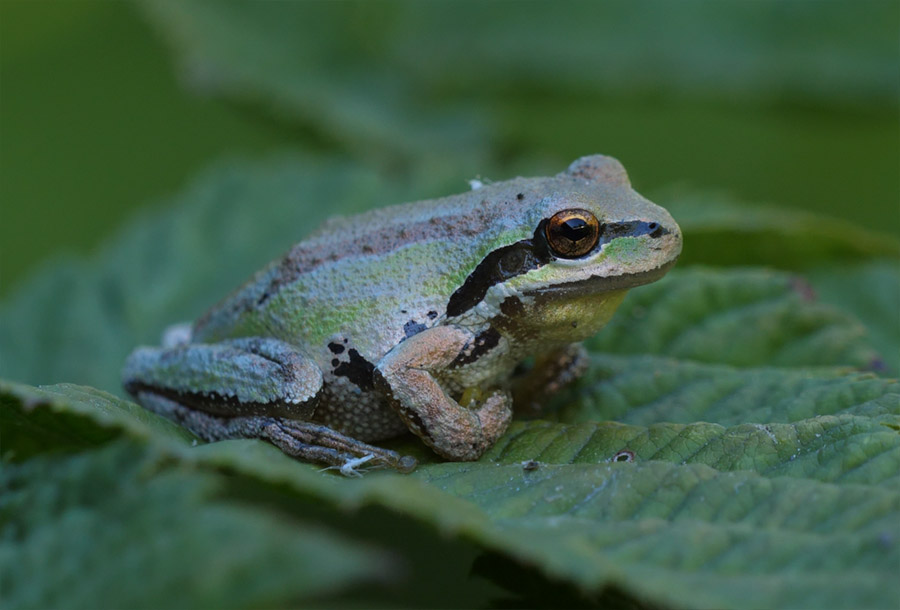 Here's a fun image of two different variations of color. 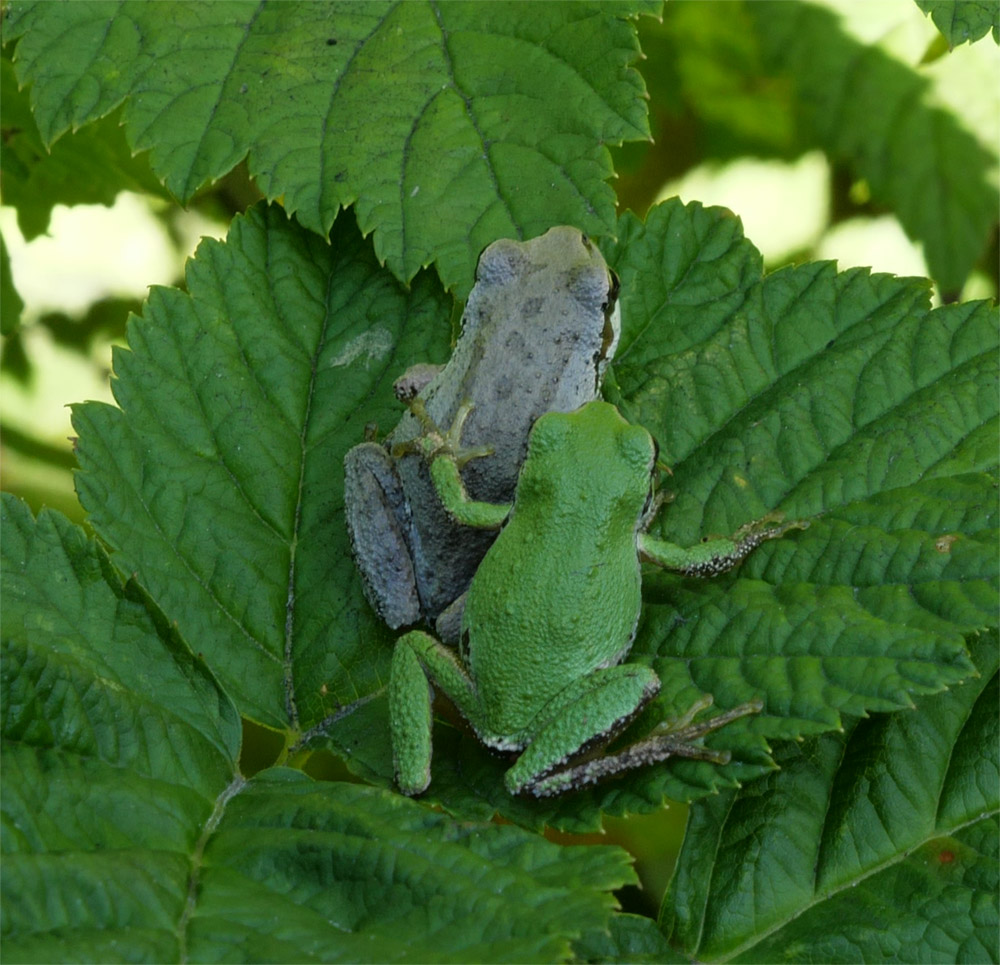 The frogs yesterday really didn't seem to be that bothered by people being near, and I was able to get some very close shots. 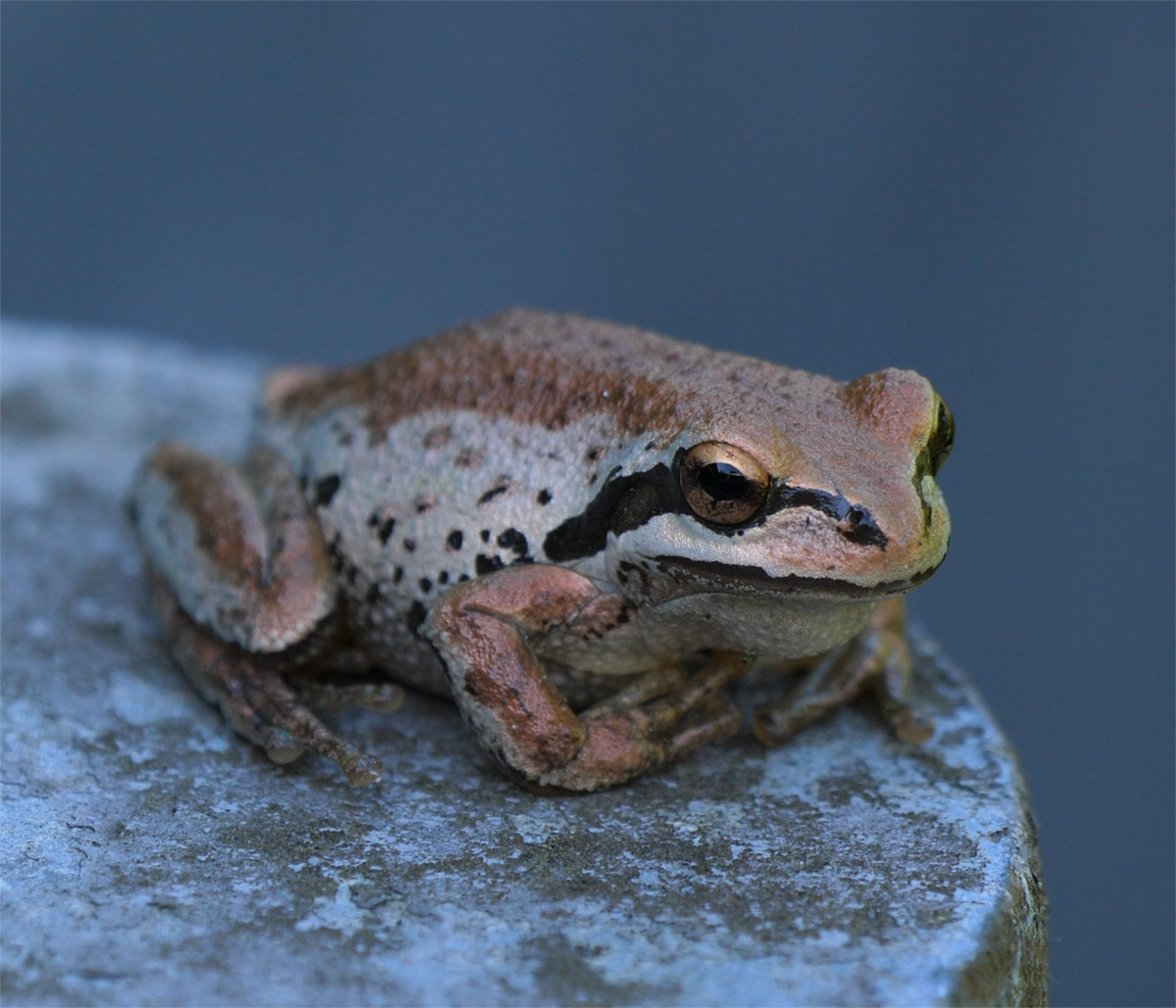 I'd never really seen Pacific Tree Frogs in bright light, but many of them were enjoying their sunbath. 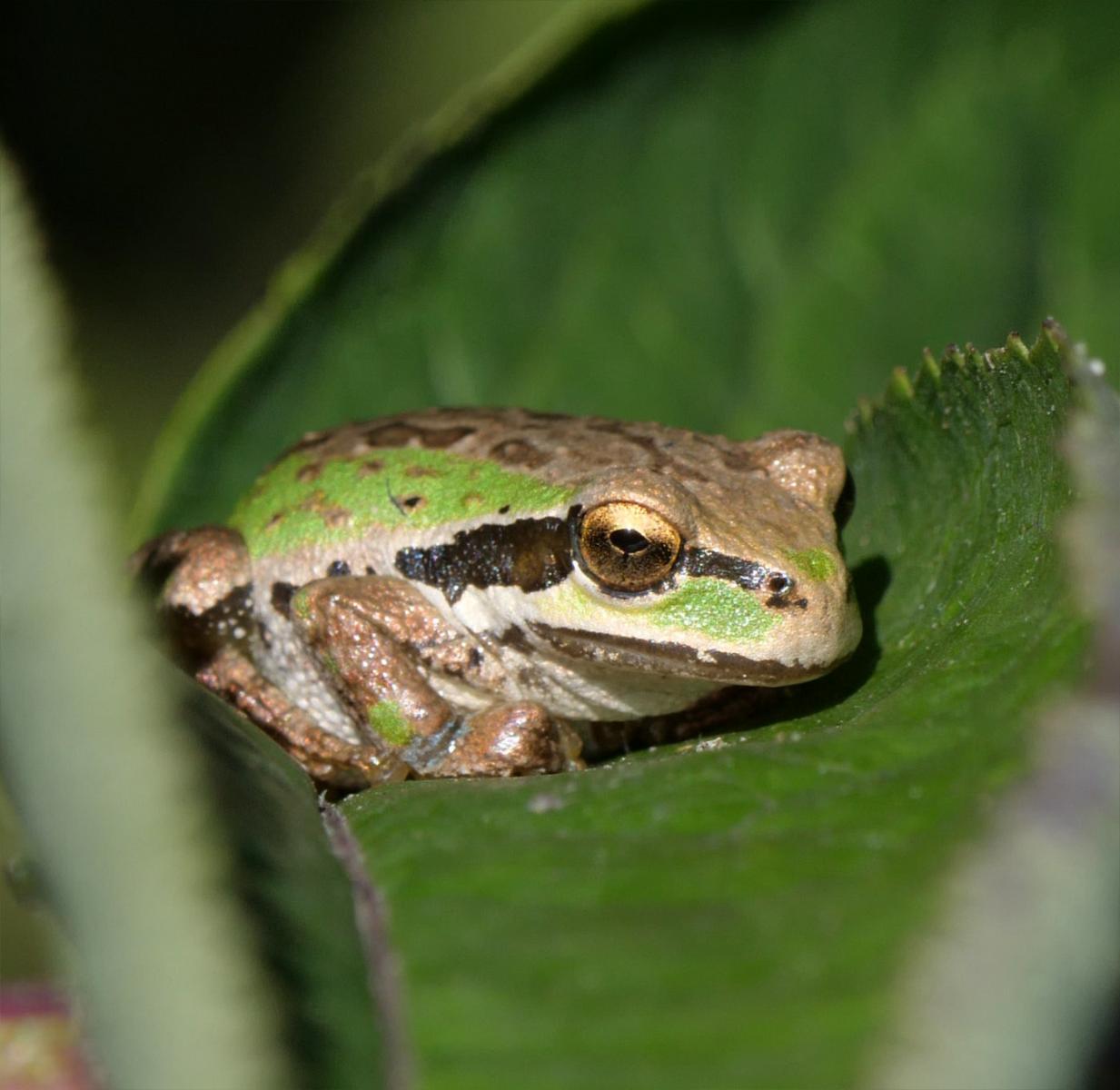 Many of the frogs were perched right on the fence. This one is showing off its beautiful coppery coloration. 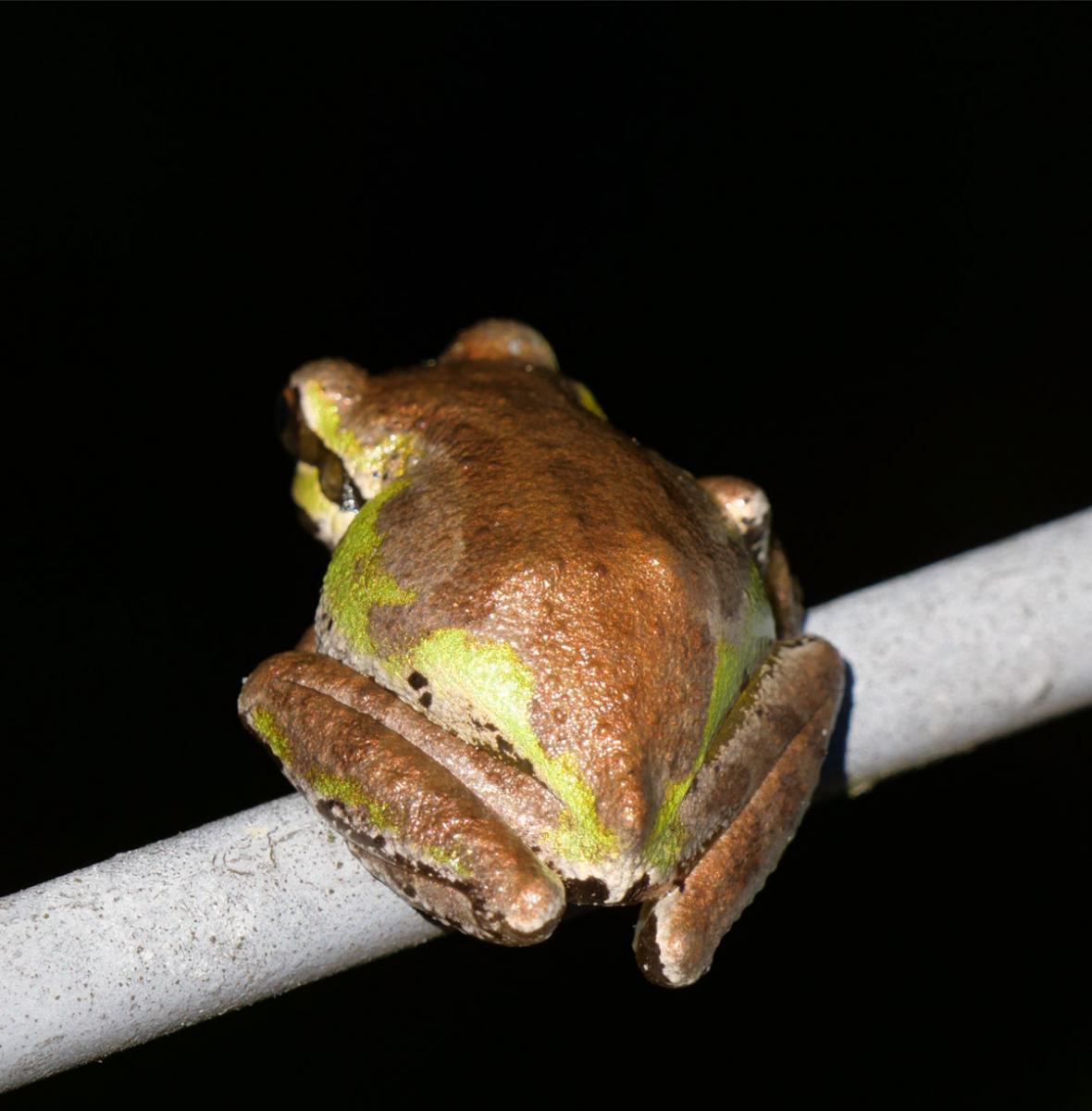 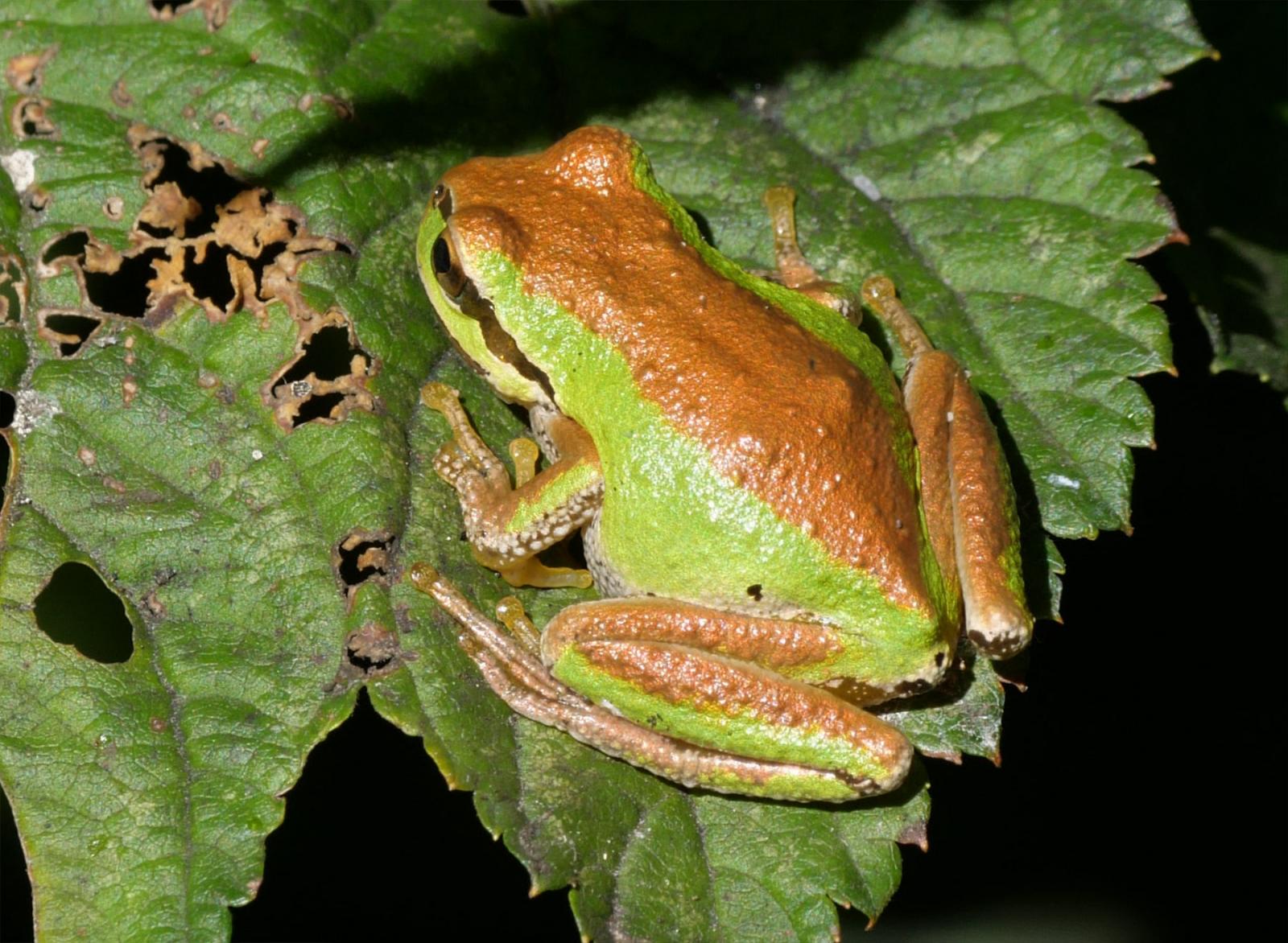 For some reason, the hundreds of frogs I saw were mostly perched on invasive Himalayan Blackberry leaves. 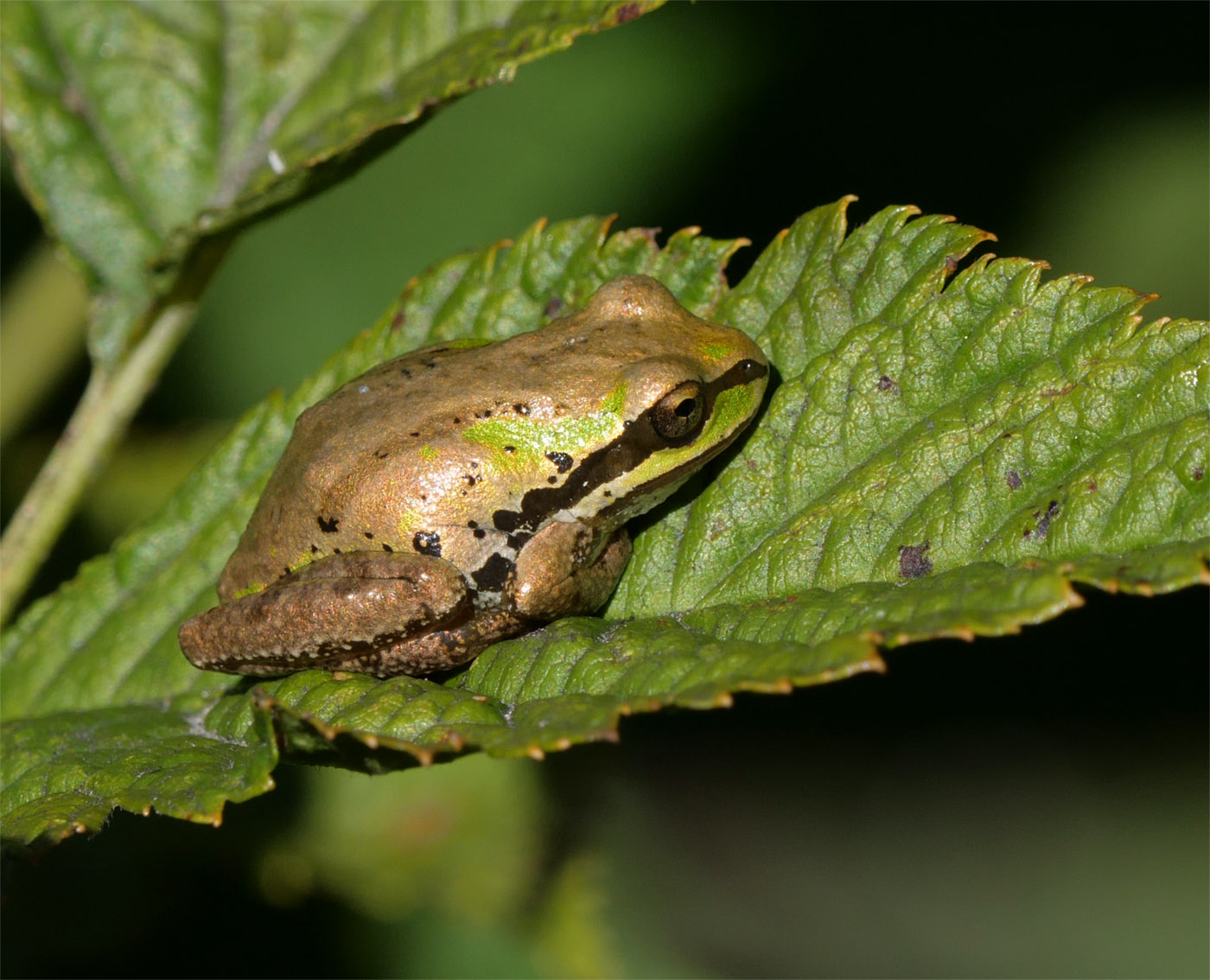 Here's a nice example of a gray variation. 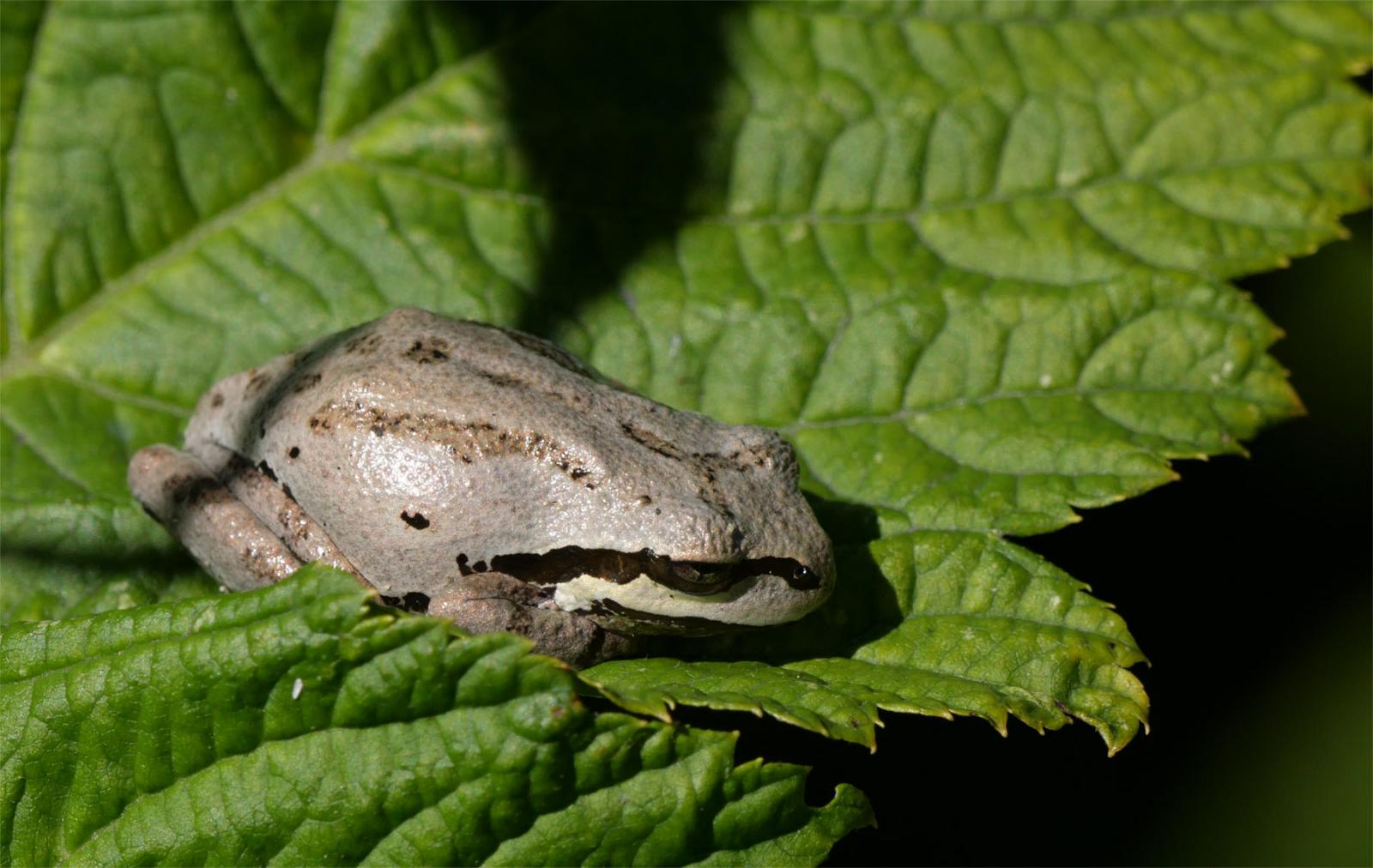 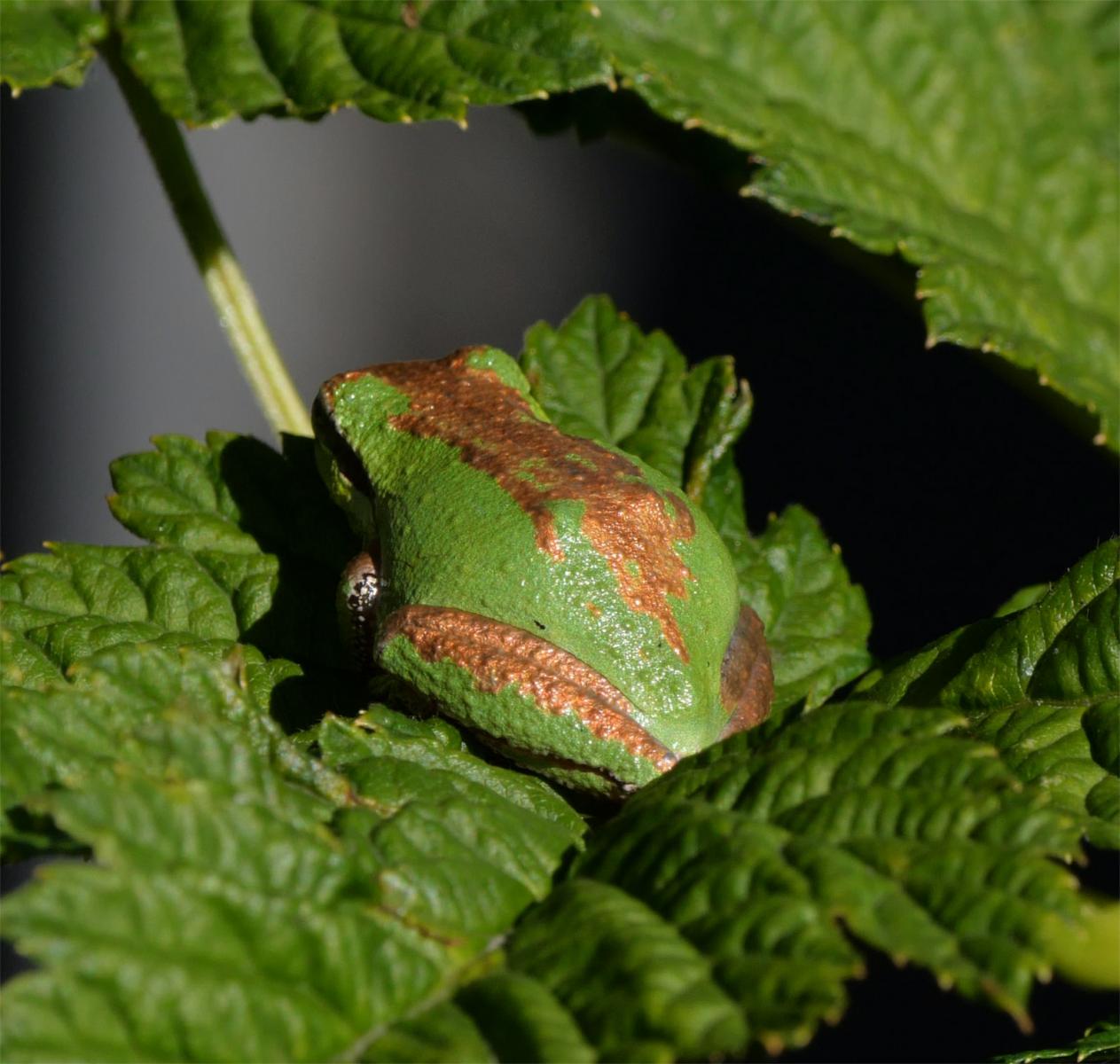 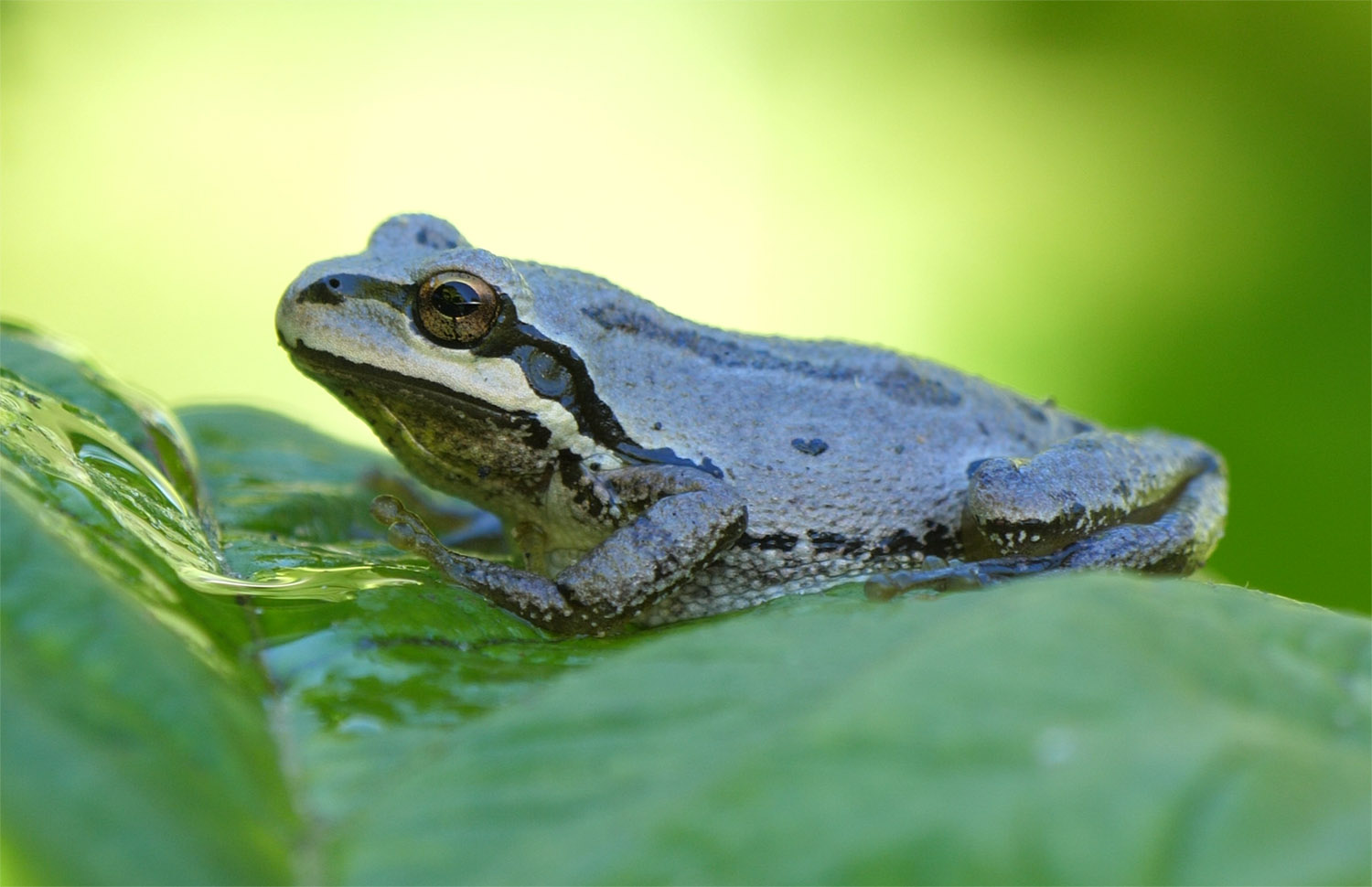 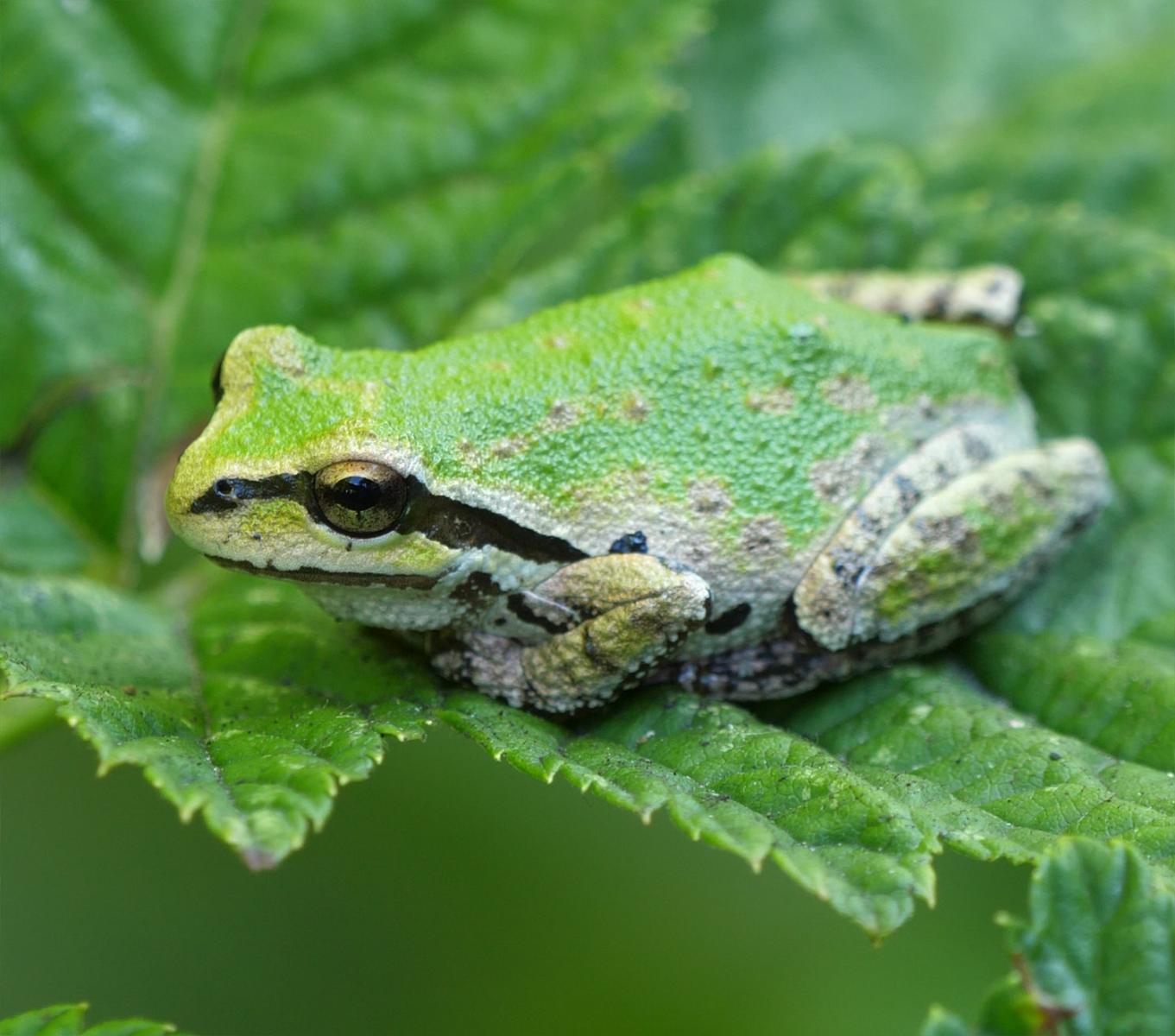 I was able to get some great close-up shots. 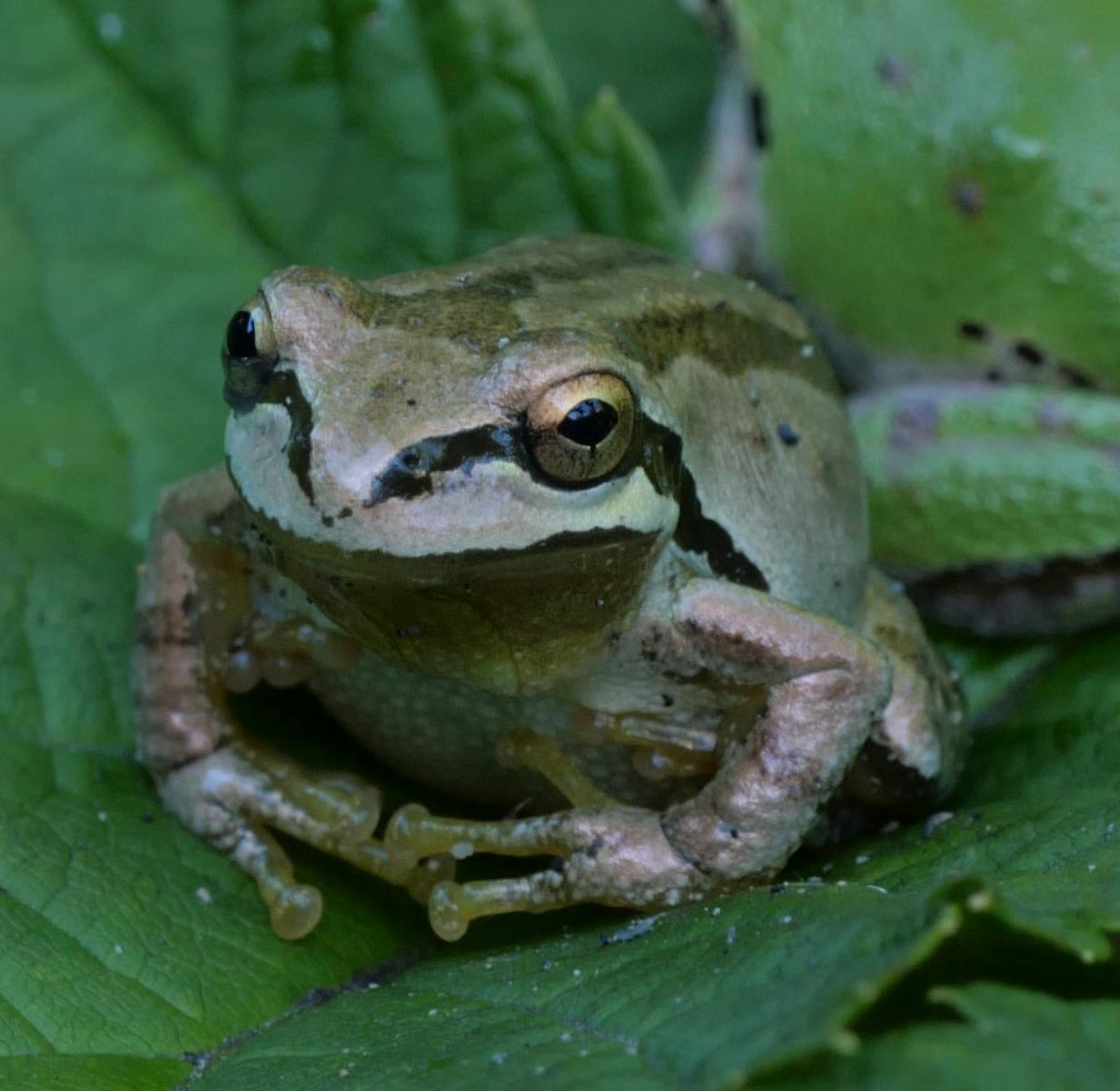 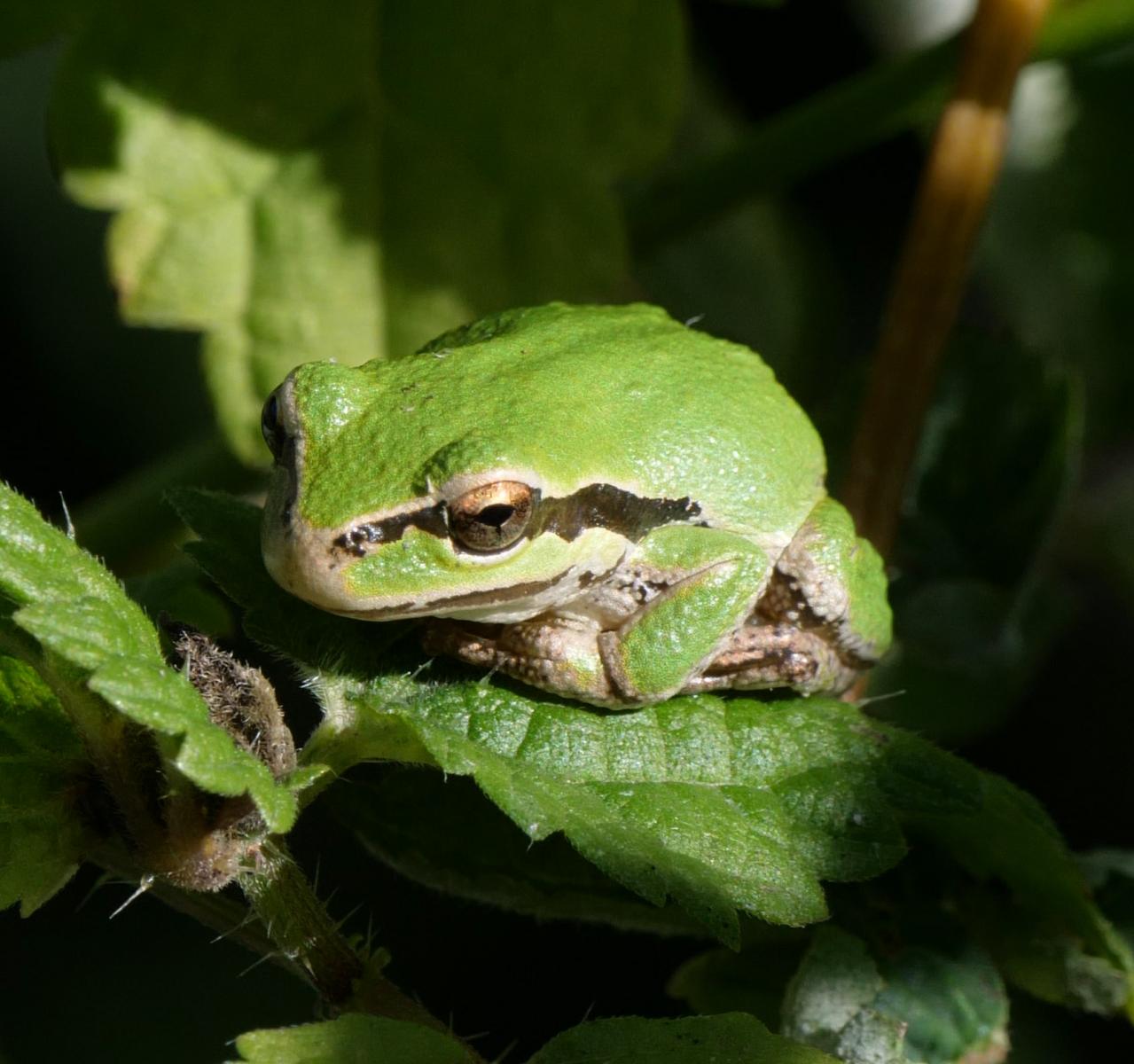 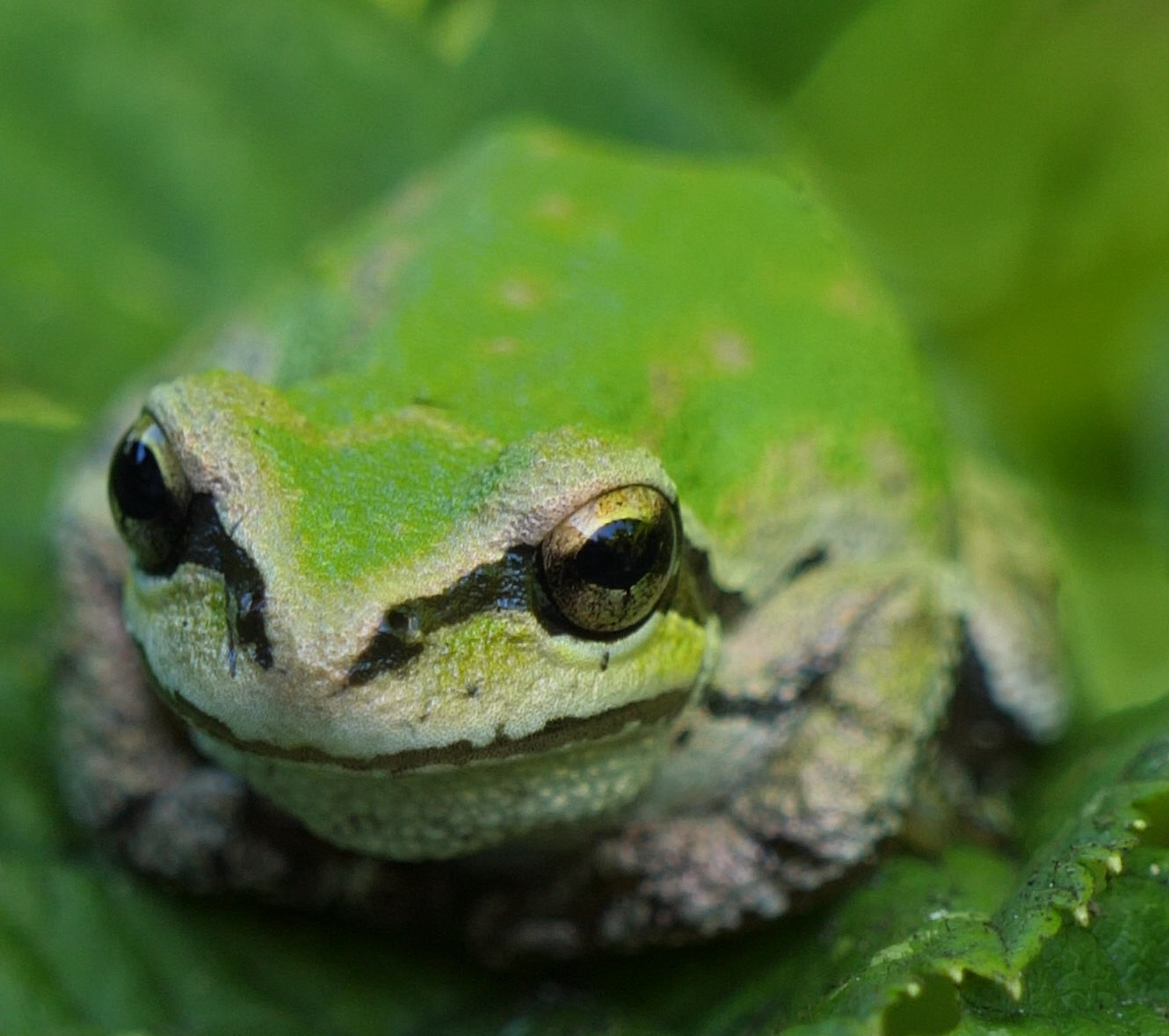 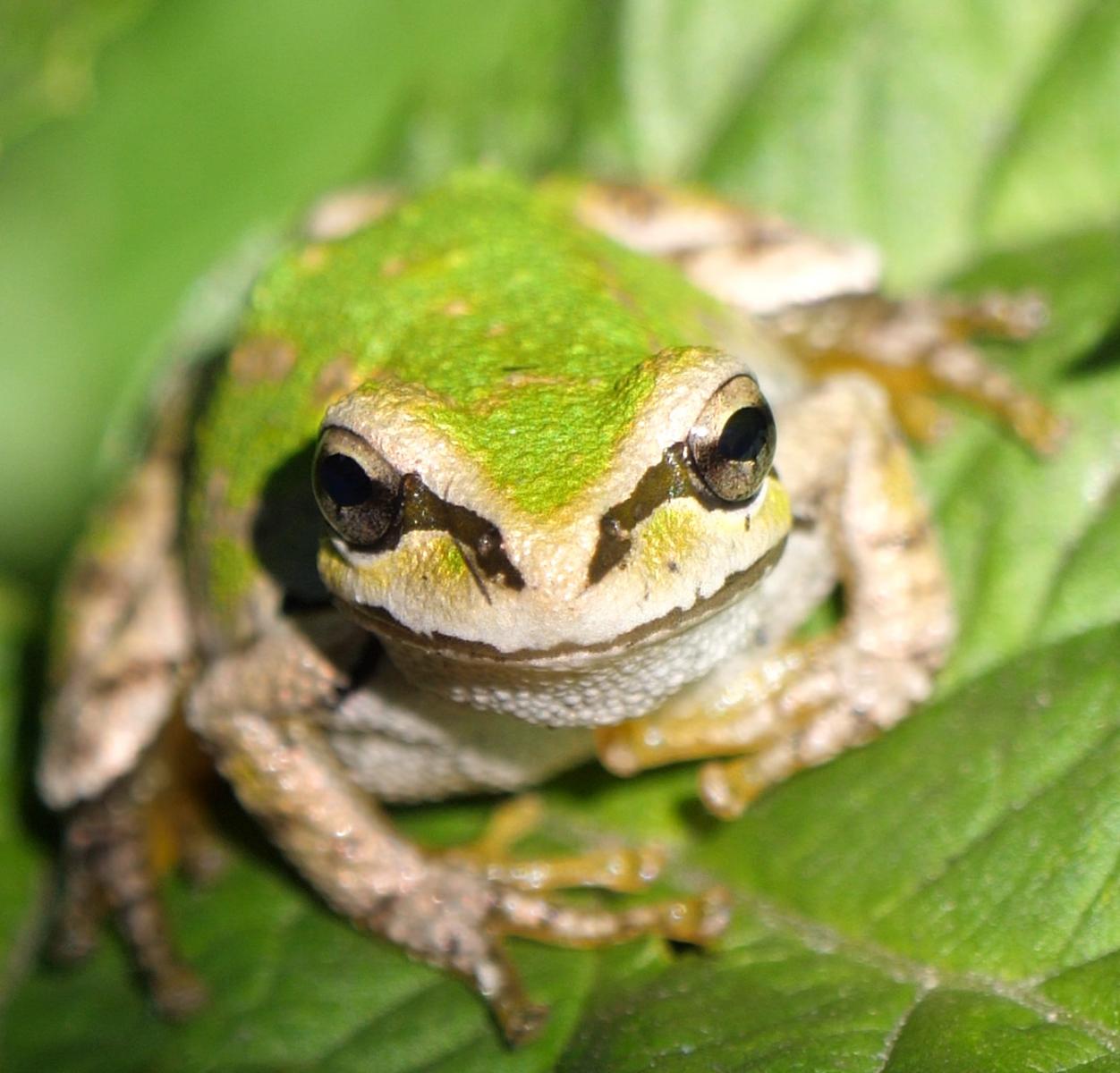 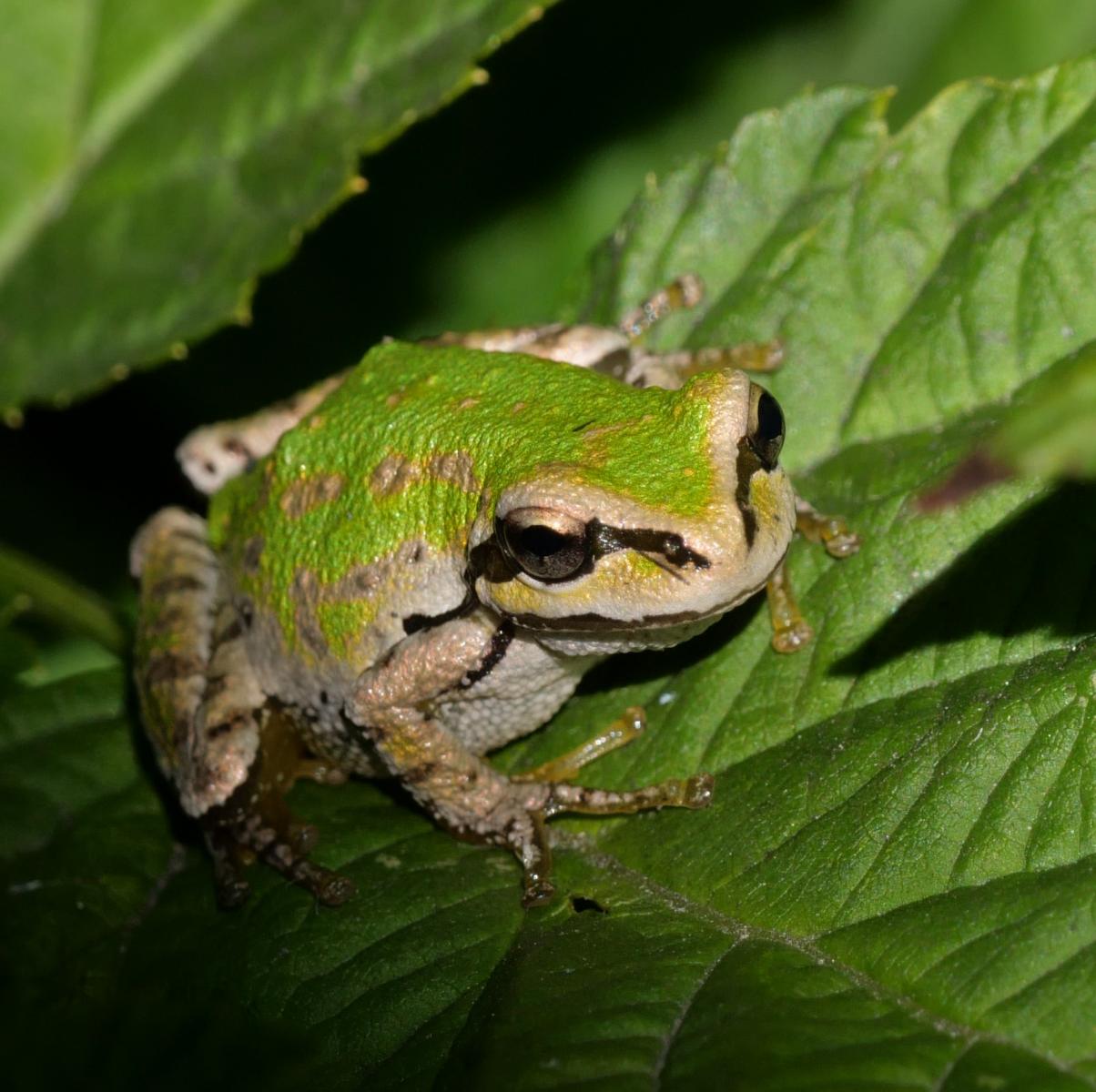