The zenaida dove (Zenaida aurita) is a member of the bird family Columbidae, which includes doves and pigeons. It is the national bird of Anguilla, where it is commonly (but erroneously) referred to as a turtle dove. It lays two white eggs on a flimsy platform built on a tree or shrub. It also nests in rock crevices and on grassy vegetation if no predators are present. It has been recorded that some birds have up to 4 broods per year. Eggs take approximately two weeks to hatch, and the young chicks typically fledge after only two weeks in the nest. Parents feed the young pigeon's milk, a nutrient rich substance regurgitated from its crop.

The bird is resident and abundant over much of its range. Zenaida doves are commonly hunted as a game bird. The zenaida dove is approximately 28–30 cm (11–12 in) in length. It looks very similar to the mourning dove, but is smaller in size, has a shorter, more rounded tail, and is a bit more darkly colored. It is also distinguished from the mourning dove by showing white on the trailing edge of its wings in while in flight. The mourning dove does not have the white trailing edge. 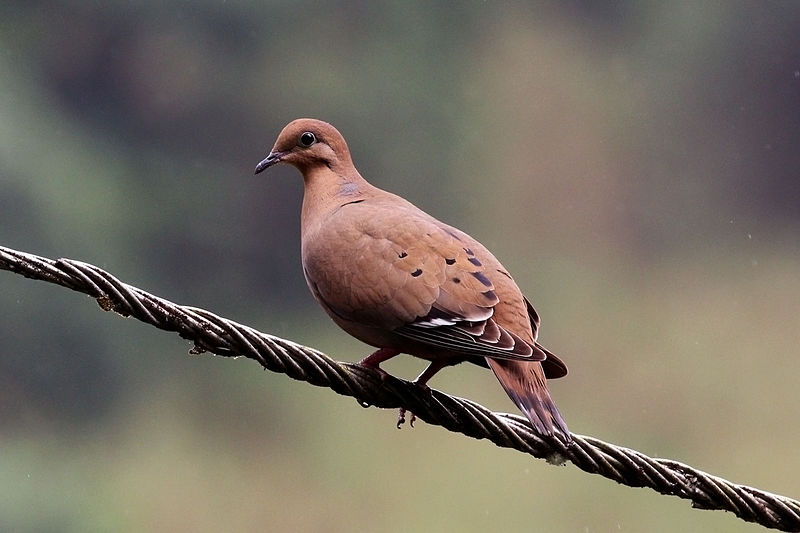