The green sandpiper (Tringa ochropus) is a small wader (shorebird) of the Old World. The genus name Tringa is the New Latin name given to the green sandpiper by Aldrovandus in 1599 based on Ancient Greek trungas, a thrush-sized, white-rumped, tail-bobbing wading bird mentioned by Aristotle. The specific ochropus is from Ancient Greek okhros, "ochre", and pous, "foot".

The green sandpiper represents an ancient lineage of the genus Tringa; its only close living relative is the solitary sandpiper (T. solitaria). They both have brown wings with little light dots and a delicate but contrasting neck and chest pattern. In addition, both species nest in trees, unlike most other scolopacids.

Given its basal position in Tringa, it is fairly unsurprising that suspected cases of hybridisation between this species and the common sandpiper (A. hypoleucos) of the sister genus Actitis have been reported. 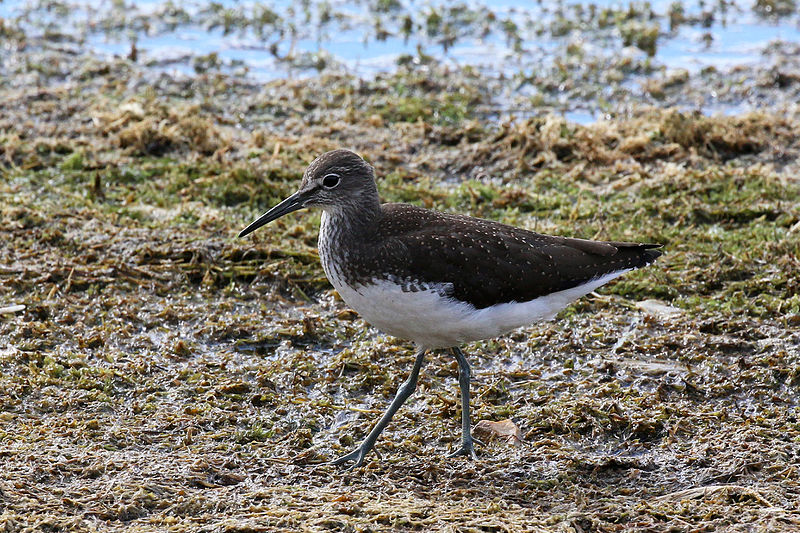