The spotted redshank (Tringa erythropus) is a wader (shorebird) in the large bird family Scolopacidae. The genus name Tringa is the New Latin name given to the green sandpiper by Aldrovandus in 1599 based on Ancient Greek trungas, a thrush-sized, white-rumped, tail-bobbing wading bird mentioned by Aristotle. The specific erythropus is from Ancient Greek eruthros, "red", and pous, "foot".

It breeds across northern Scandinavia and northern Asia and migrates south to the Mediterranean, the southern British Isles, France, tropical Africa, and tropical Asia for the winter. It is an occasional vagrant to Australia and North America. 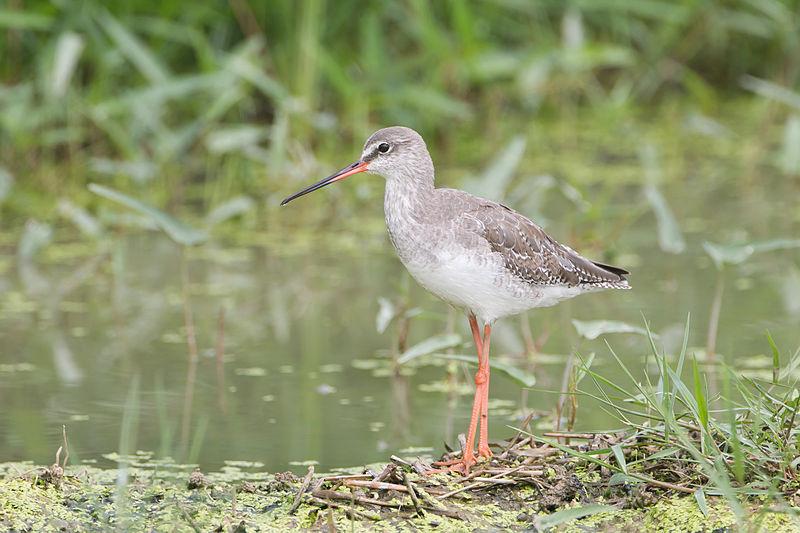