The royal tern (Thalasseus maximus) is a seabird in the tern family Sternidae. The genus name is from Ancient Greek Thalasseus, "fisherman", from thalassa, "sea". The specific maximus is Latin for '"greatest".

This bird has two distinctive subspecies: T. m. maximus which lives on the Atlantic and Pacific coasts of the North and South America, and the slightly smaller T. m. albididorsalis lives on the coast of West Africa. The royal tern has a red-orange bill and a black cap during the breeding season, but in the winter the cap becomes patchy. The royal tern is found in Europe, Africa, the Americas, and the Caribbean islands. The royal tern lives on the coast and is only found near salt water. They tend to feed near the shore, close to the beach or in backwater bays. The royal tern's conservation status is listed as least concern. 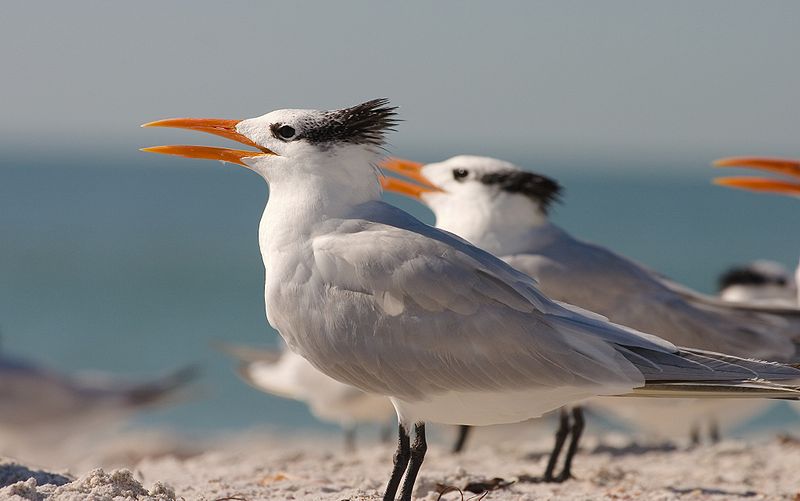