The genus name Piranga is from Tupi Tijepiranga, the name for an unknown small bird, and the specific rubra is from Latin ruber, red.

Their breeding habitat is open wooded areas, especially with oaks, across the southern United States, extending as far north as Iowa. These birds migrate to Mexico, Central America and northern South America. This tanager is an extremely rare vagrant to western Europe.

Adults have stout pointed bills and measure 17 cm (6.7 in) in length and 29 g (1.0 oz) in weight. Adult males are rose red and similar in appearance to the hepatic tanager, although the latter has a dark bill; females are orangish on the underparts and olive on top, with olive-brown wings and tail. As with all other birds, all red and orange colorations are acquired through their diet.

These birds are often out of sight, foraging high in trees, sometimes flying out to catch insects in flight. They mainly eat insects, especially bees and wasps, and berries. Fruit of Cymbopetalum mayanum (Annonaceae) are an especially well-liked food in their winter quarters and birds will forage in human-altered habitat. Consequently, these trees can be planted to entice them to residential areas, and they may well be attracted to bird feeders. Summer tanagers build a cup nest on a horizontal tree branch. 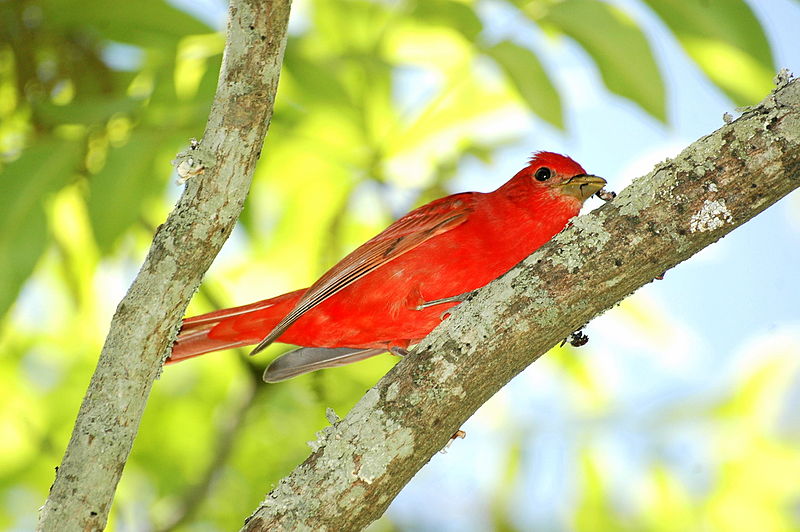