The European green woodpecker (Picus viridis) is a member of the woodpecker family Picidae. There are four subspecies and it occurs in most parts of Europe and in western Asia. All have green upperparts, paler yellowish underparts, a red crown and moustachial stripe which has a red centre in males but is all black in females.

The European green woodpecker spends much of its time feeding on ants on the ground and does not often 'drum' on trees like other woodpecker species. It is a shy bird but usually draws attention with its loud calls. A nest hole is excavated in a tree; four to six eggs are laid which hatch after 19–20 days. 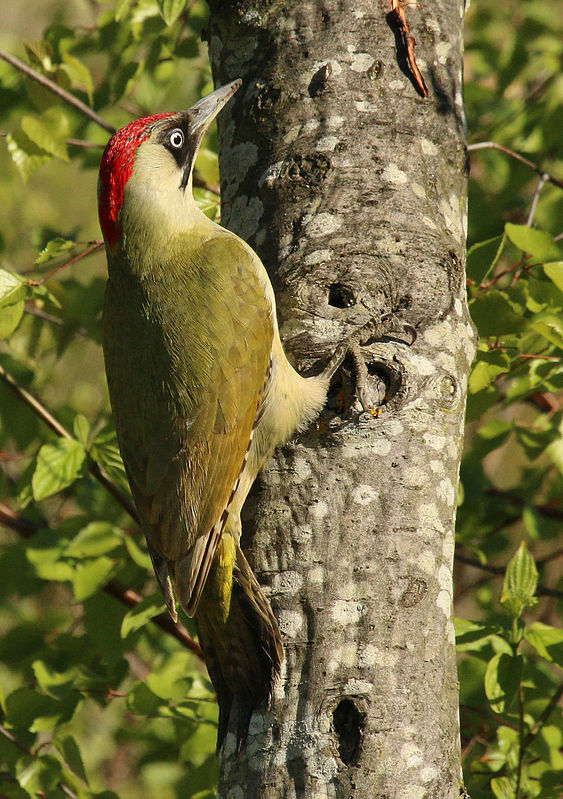