The yellow-browed warbler (Phylloscopus inornatus) is a leaf warbler (family Phylloscopidae) which breeds in temperate Asia. This warbler is strongly migratory and winters mainly in tropical southeast Asia, but also in small numbers in western Europe. Like the rest of Phylloscopidae, it was formerly included in the Old World warbler assemblage.

It was formerly considered to comprise three subspecies, but P. i. humei and P. i. mandellii are now split as a separate species, Hume's leaf warbler P. humei, leaving P. inornatus monotypic. The two sister species differ slightly but consistently in morphology, bioacoustics, and molecular characters. Before the species was split, the names yellow-browed willow warbler and inornate warbler were used by a few authors. 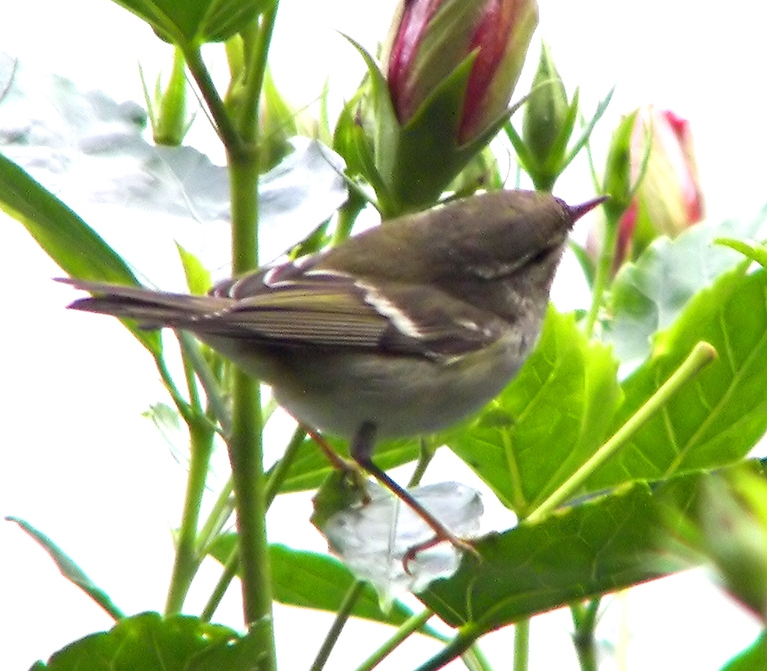