The Arctic warbler (Phylloscopus borealis) is a widespread leaf warbler in birch or mixed birch forest near water throughout its breeding range in Fennoscandia and northern Asia. It has established a foothold in North America, breeding in Alaska. This warbler is strongly migratory; the entire population winters in southeast Asia. It therefore has one of the longest migrations of any Old World insectivorous bird.

The nest is on the ground in a low shrub. Like most Old World warblers, this small passerine is insectivorous.

This is a typical leaf warbler in appearance, greyish-green above and off-white below. Its single wing bar distinguishes it from most similar species except the greenish warbler, Phylloscopus trochiloides. It is larger than that species and has a heavier, dagger-like bill, with a dark tip to the lower mandible. Its song is a fast trill.

This species occurs as an autumn vagrant in western Europe and is annual in Great Britain.

The genus name Phylloscopus is from Ancient Greek phullon, "leaf", and skopos, "seeker" (from skopeo, "to watch"). The specific borealis is from Latin and means "northern". 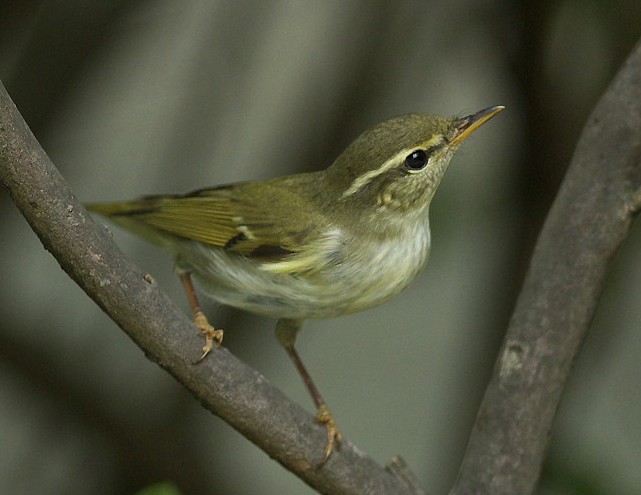