The white-headed duck (Oxyura leucocephala) is a small stiff-tailed duck some 45 cm (18 in) long. The male has a white head with black crown, a blue bill, and reddish-grey plumage. The female has a dark bill and rather duller colouring. Its breeding habitat is lakes with open water and dense vegetation at the margin. It dives under water and feeds on aquatic vegetation as well as some animal matter. It is more likely to swim away from a perceived threat than to fly. This duck is known from Spain, North Africa, western and central Asia. Populations are declining, mostly due to loss of habitat and hunting, and the International Union for Conservation of Nature has rated the bird's status as "endangered". 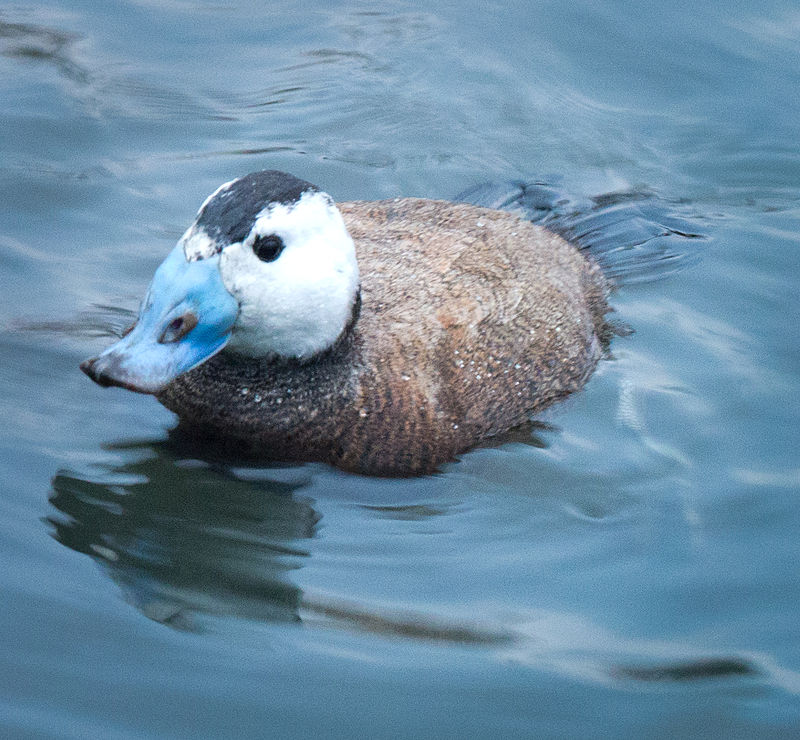