The changeable hawk-eagle or crested hawk-eagle (Nisaetus cirrhatus) is a bird of prey species of the family Accipitridae. It was formerly placed in the genus Spizaetus, but studies pointed to the group being paraphyletic resulting in the Old World members being placed in Nisaetus (Hodgson, 1836) and separated from the New World species.

Changeable hawk-eagles breed in the Indian subcontinent, mainly in India and Sri Lanka, and from the southeast rim of the Himalaya across Southeast Asia to Indonesia and the Philippines. This is a bird occurring singly (outside mating season) in open woodland, although island forms prefer a higher tree density. It builds a stick nest in a tree and lays a single egg. 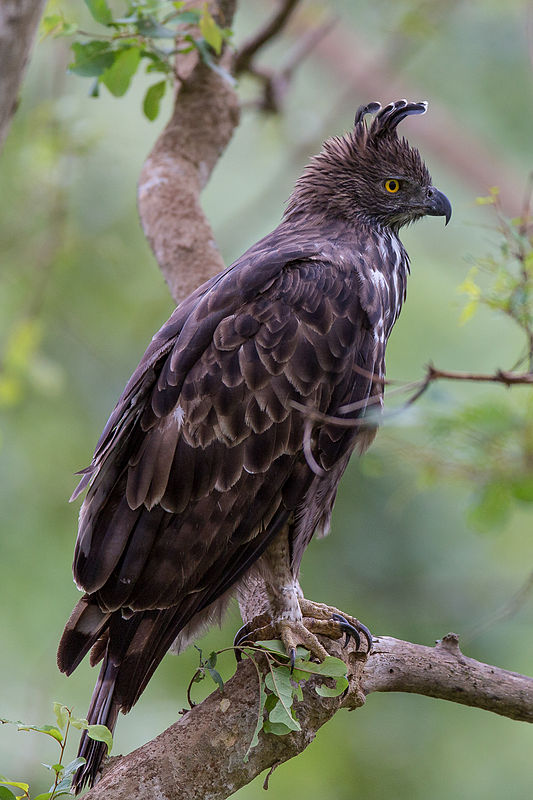