The Savi's warbler (Locustella luscinioides) is a species of Old World warbler in the grass warbler genus Locustella. It breeds in southern Europe and temperate western Asia. It is migratory, wintering in northern and sub-Saharan Africa.

This small passerine bird is found in reed beds, usually with some bushes. Three to six eggs are laid in a nest in reeds. The adult has an unstreaked grey-brown back, whitish grey underparts and a lack of throat streaks, which is a distinction from the river warbler. The sexes are identical, as with most warblers, but young birds are yellower below. Like most warblers, it is insectivorous. This is not a shy species, but can be difficult to see in the reeds except sometimes when singing.

The "song" is a monotonous mechanical insect-like reeling, often given at dusk. It is similar to the song of other species in the group, but is generally faster and deeper and bears a strong resemblance to that of Roesel's bush-cricket. 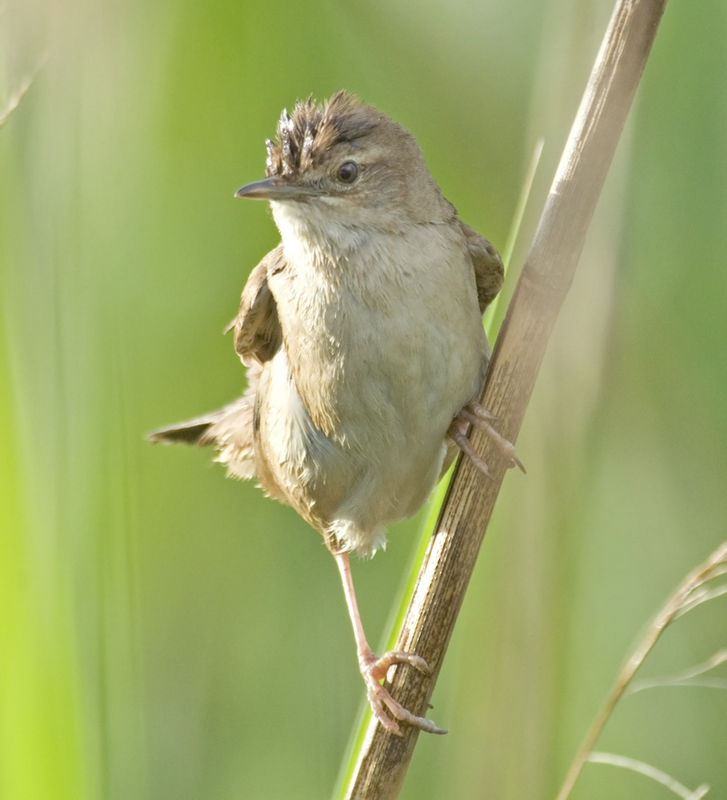