The buffy fish owl (Bubo ketupu), also known as the Malay fish owl, is a species of owl in the family Strigidae.

The four fish owls were previously generally separated in the genus Ketupa. mtDNA cytochrome b sequence data is equivocal on which genus name is applied for them, and today they are commonly lumped with the horned and eagle-owls (Bubo) – which they also resemble osteologically very much – for sake of convenience. Depending on whether some little-studied tropical eagle-owls are closer to the fish-owls than to the typical eagle-owls, Ketupa might be a valid genus if these as well as the fishing owls (formerly Scotopelia) are included in it, although there are a number of osteological differences that suggest that fishing and fish owls are not directly related to each other. 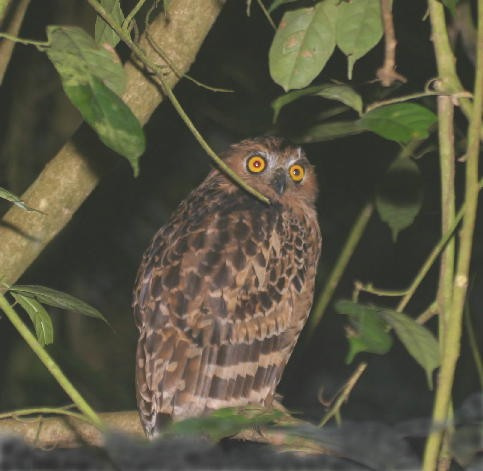