This fairy-bluebird is found in forests across tropical southern Asia from the Himalayan foothills, India and Sri Lanka east through Indochina, the Greater Sundas and Palawan (Philippines). Two or three eggs are laid in a small cup nest in a tree. It was described by British ornithologist John Latham in 1790. The only other member of the genus and family is the Philippine fairy-bluebird, I. cyanogastra, which replaces the Asian fairy-bluebird in most of the Philippines.

The adult Asian fairy bluebird is about 24 to 27 centimetres (9.4 to 10.6 in). The male has glossy, iridescent blue upperparts, and black underparts and flight feathers. The female and first year male are entirely dull blue-green.

The Asian fairy bluebird eats fruits, nectar and some insects. Its call is a liquid two note glue-it. 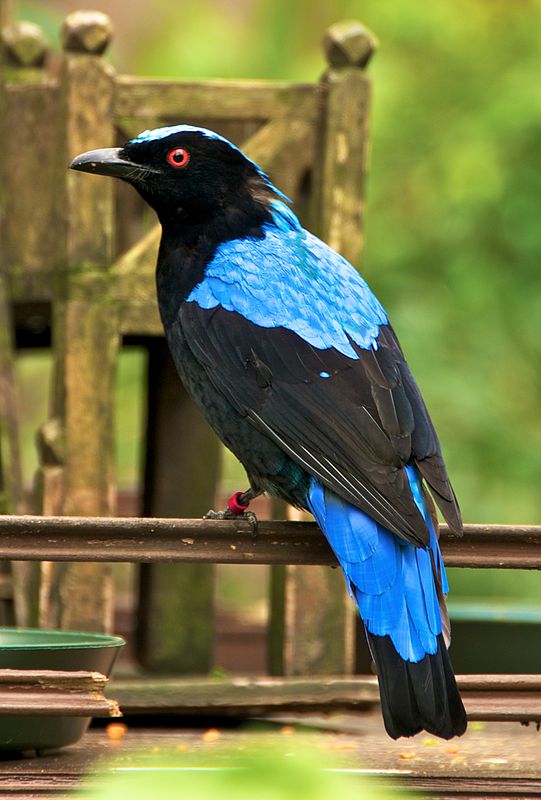