Keyserling and Blasius gave no explanation of the genus name Iduna. The specific pallida is Latin for "pale".

It is a small passerine bird, found in dry open country, including cultivation, with bushes or some trees. 2-3 eggs are laid in a nest in low in undergrowth or a bush. Like most warblers, Eastern Olivaceous is insectivorous.

It is a medium-sized warbler, more like a very pale reed warbler than its relative the melodious warbler. The adult has a plain pale brown back and whitish underparts. The bill is strong and pointed and the legs grey. The sexes are identical, as with most warblers, but young birds are more buff on the belly. It has a characteristic downward tail flick.

Eastern olivaceous warbler breeds in south east Europe and the Middle East. It is migratory, wintering in sub-Saharan Africa or Arabia. It is a rare vagrant to northern Europe. 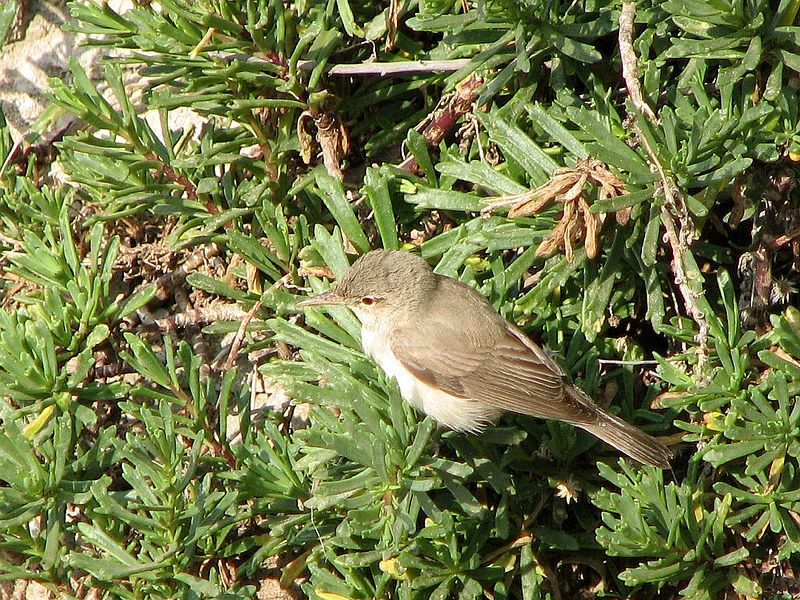