The magnificent frigatebird (Fregata magnificens) is a seabird of the frigatebird family Fregatidae. With a length of 89–114 centimetres (35–45 in) it is the largest species of frigatebird. It occurs over tropical and subtropical waters off America, between northern Mexico and Ecuador on the Pacific coast and between Florida and southern Brazil along the Atlantic coast. There are also populations on the Galápagos Islands in the Pacific and the Cape Verde islands in the Atlantic.

The magnificent frigatebird is a large, lightly built seabird with brownish-black plumage, long narrow wings and a deeply forked tail. The male has a striking red gular sac which it inflates to attract a mate. The female is slightly larger than the male and has a white breast and belly. Frigatebirds feed on fish taken in flight from the ocean's surface (often flying fish), and sometimes indulge in kleptoparasitism, harassing other birds to force them to regurgitate their food. 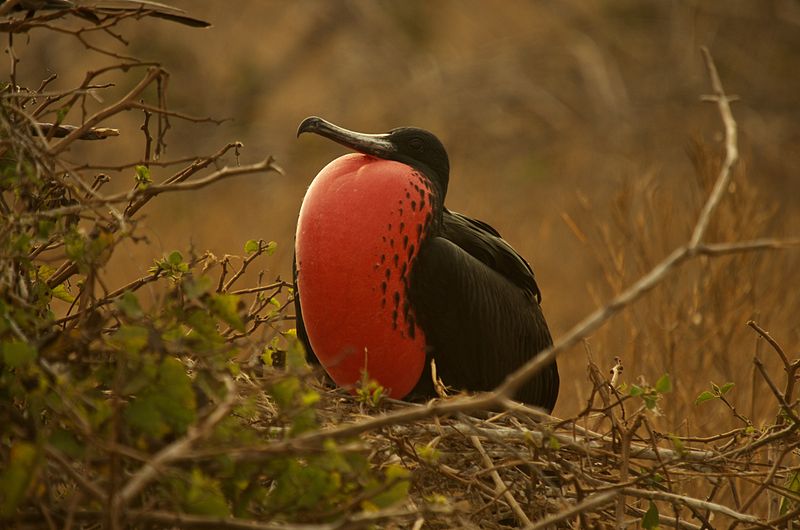