The European robin (Erithacus rubecula), known simply as the robin or robin redbreast in the British Isles and Ireland is a small insectivorous passerine bird, specifically a chat, that was formerly classed as a member of the thrush family (Turdidae), but is now considered to be an Old World flycatcher. Around 12.5–14.0 cm (5.0–5.5 in) in length, the male and female are similar in colouration, with an orange breast and face lined with grey, brown upperparts and a whitish belly. It is found across Europe, east to Western Siberia and south to North Africa; it is sedentary in most of its range except the far north.

The term robin is also applied to some birds in other families with red or orange breasts. These include the American robin (Turdus migratorius), which is a thrush, and the Australasian robins of the family Petroicidae, the relationships of which are unclear. 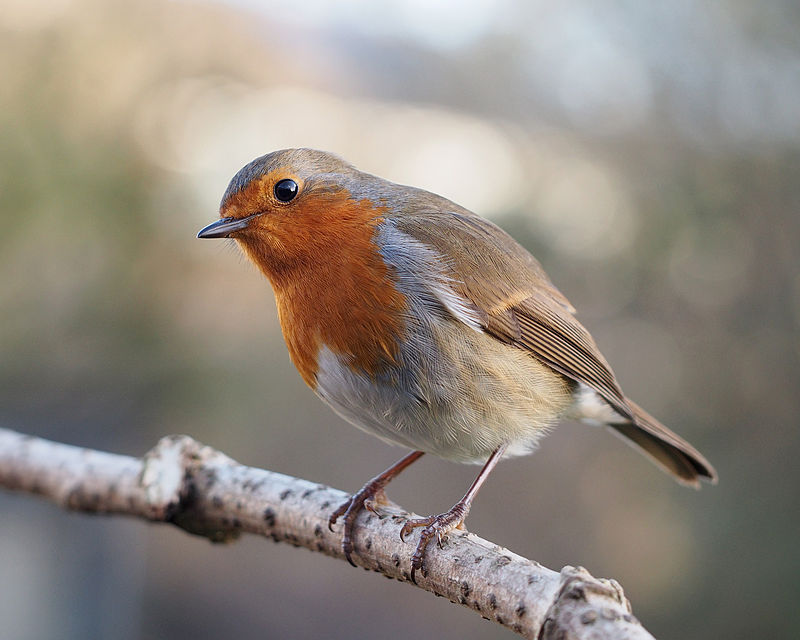