The tricolored heron (Egretta tricolor), formerly known in North America as the Louisiana heron, is a small heron. It is a resident breeder from the Gulf states of the United States and northern Mexico south through Central America and the Caribbean to central Brazil and Peru. There is some post-breeding dispersal to well north of the nesting range.

Tricolored heron's breeding habitat is sub-tropical swamps. It nests in colonies, often with other herons, usually on platforms of sticks in trees or shrubs. In each clutch, 3–7 eggs are typically laid.

Adults have a blue-grey head, neck, back and upperwings, with a white line along the neck. The belly is white. In breeding plumage, they have long blue filamentous plumes on the head and neck, and buff ones on the back.

The tricolored heron stalks its prey in shallow or deeper water, often running as it does so. It eats fish, crustaceans, reptiles, and insects. 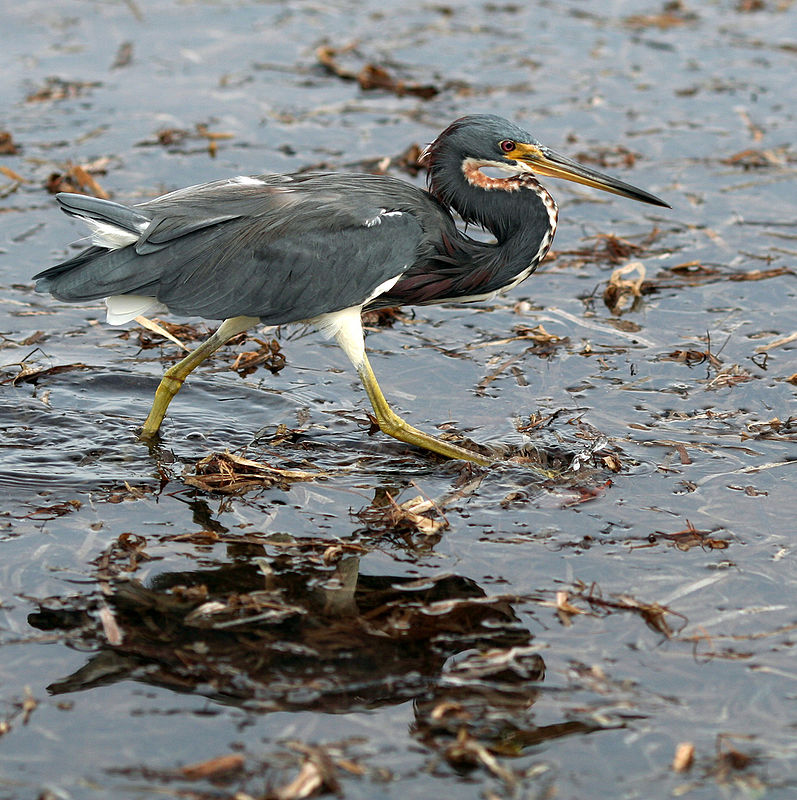