The orange-bellied flowerpecker (Dicaeum trigonostigma) is a species of bird in the Dicaeidae family. It is found in Bangladesh, Brunei, India, Indonesia, Malaysia, Myanmar, the Philippines, Singapore, and Thailand.

Delacour (Birds of Malaysia, 1947) cited a name Dicaeum trigonostigma melanostigma, but because no description accompanied this name, and no type was identified, it was published as a nomen nudum.

He later (in litt.) asserted that the name was a lapsus (Salomonsen, American Mus. Novitates No. 1991 (1960)). However, melanostigma continued to be cited in various lists (Howard and Moore, Complete Checklist of the Birds of the World (1980, 1991)), as well as on websites which list birds common to Thailand and the surrounding region, thus possibly allowing for the inadvertent description of this name should any published reference to it accompany a picture of an orange-bellied flowerpecker. Dickinson (Complete Howard and Moore Checklist (2003)) also asserted that the name was a lapsus, but of Howard and Moore's, with no reference to Delacour. 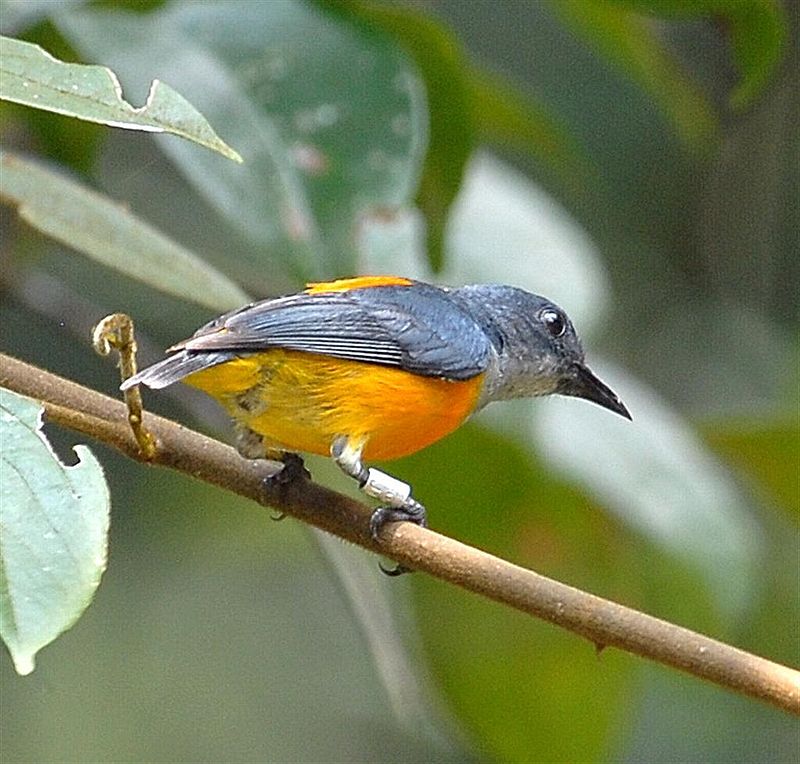