The great spotted woodpecker (Dendrocopos major) is a bird species of the woodpecker family (Picidae). The genus name Dendrocopus is a combination of the Greek words dendron , meaning "tree" and kopos, "striking ". The specific major is from Latin maior, "greater".

It is distributed throughout Europe and northern Asia, and usually resident year-round except in the colder parts of its range. It is not considered a threatened species by the IUCN, being widely distributed and quite common. A significant recent increase in the British population has resulted in the recolonisation of Ireland. 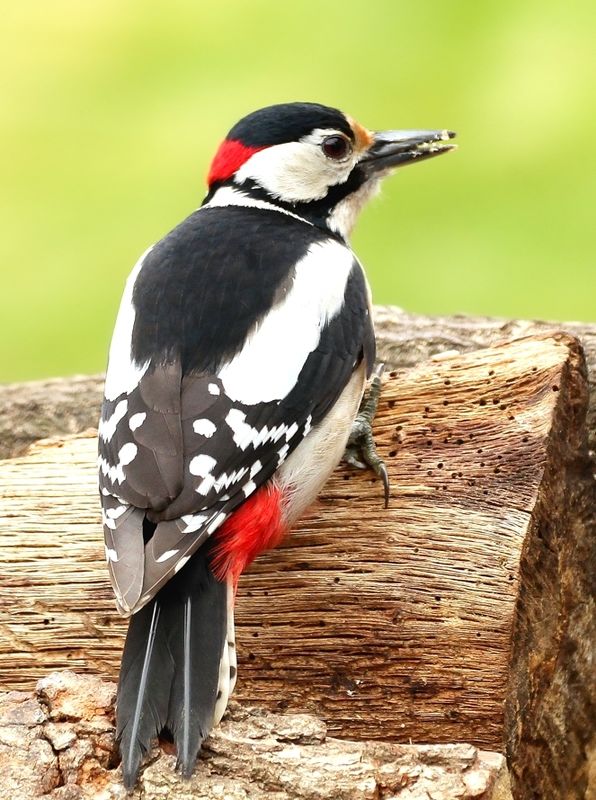