The rhinoceros auklet (Cerorhinca monocerata) is a seabird and a close relative of the puffins. It is the only living species of the genus Cerorhinca. Given its close relationship with the puffins, the common name rhinoceros puffin has been proposed for the species.

It ranges widely across the North Pacific, feeding on small fish and nesting in seabird colonies. Its name is derived from a horn-like extension of the beak. This horn is only present in breeding adults, and like the elaborate sheath on the bill of puffins is shed every year.

The rhinoceros auklet (also known as the rhino auklet, horn-billed puffin, or unicorn puffin), is a medium-sized auk with a large, strong, orange/brown bill (with the 'horn' protruding from it). The plumage is dark on top and paler below; breeding adults (both male and female) possess white plumes above the eyes and behind the bill. Males are slightly larger than females (about 10% in mass). 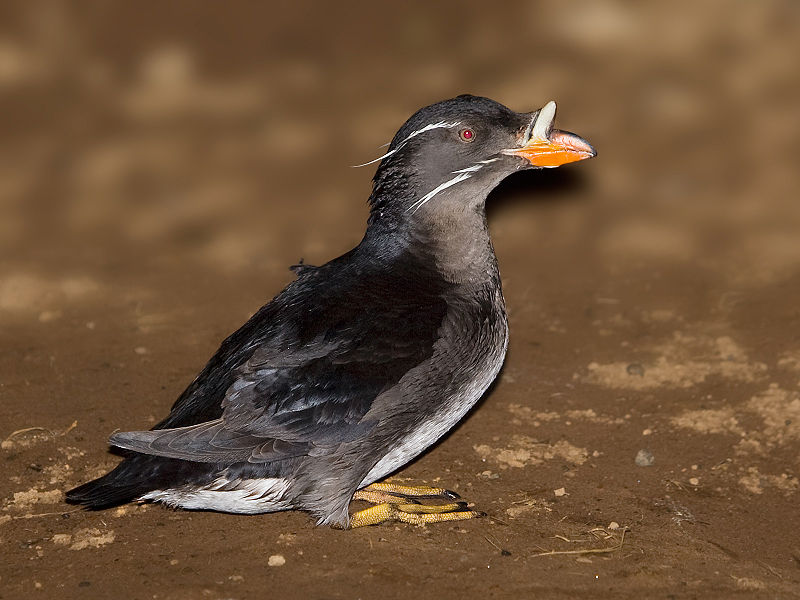