The European goldfinch or goldfinch (Carduelis carduelis), is a small passerine bird in the finch family that is native to Europe, North Africa and western Asia. It has been introduced to other areas including Australia, New Zealand and Uruguay.

The goldfinch has a red face and a black-and-white head. The back and flanks are buff or chestnut brown. The black wings have a broad yellow bar. The tail is black and the rump is white. The female is very similar to the male but has a slightly smaller red area on the face.

The goldfinch is often depicted in Italian renaissance paintings of the Madonna and Child. 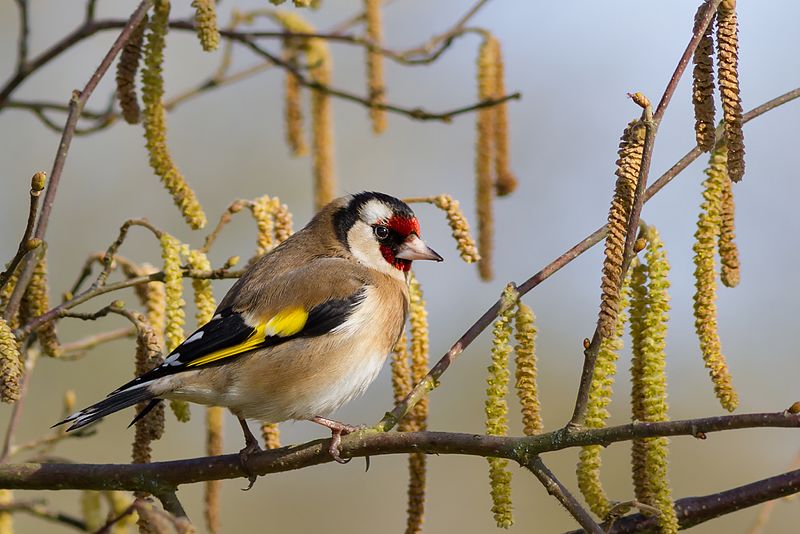