The gray hawk (Buteo plagiatus) or Mexican goshawk is a smallish raptor found in open country and forest edges. It is sometimes placed in the genus Asturina as Asturina plagiata. The species was recently split by the American Ornithologists' Union (AOU) from the gray-lined hawk. The gray hawk is found from Costa Rica north into the southwestern United States.

Immature birds have dark brown upperparts, a pale-banded brown tail, brown-spotted white underparts and a brown streaked buff head and neck. This species is quite short-winged, and has a fast agile flight for a Buteo. The call is a shrill whistled kleee-ooo.

Gray hawks feed mainly on lizards and snakes, but will also take small mammals, birds and frogs. It usually sits on an open high perch from which it swoops on its prey, but will also hunt from a low glide. The nest is of sticks and built high in a tree. The usual clutch is one to three, usually two white to pale blue eggs. The young take about 6 weeks to fledging. 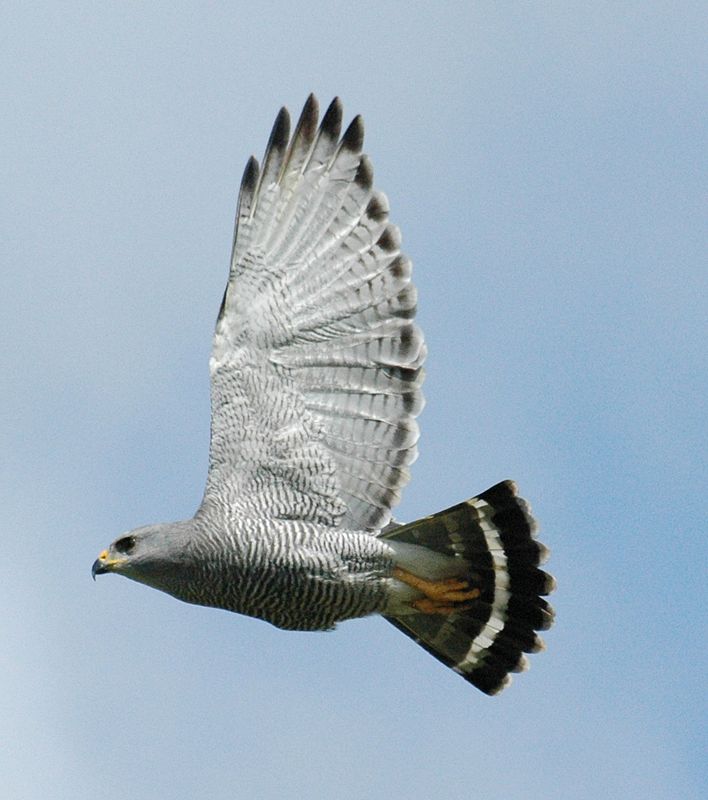