The white-breasted woodswallow (Artamus leucorynchus) is a small passerine bird which breeds from the Andaman Islands east through Indonesia and northern Australia. The name "woodswallow" is a misnomer as they are not closely related to true swallows. Instead, they belong to the family Artamidae, which also includes butcherbirds, currawongs and the Australian magpie.

The species was first described by Linnaeus in 1771, its specific epithet derived from the Ancient Greek words leucos 'white', and rhynchos 'bill'. 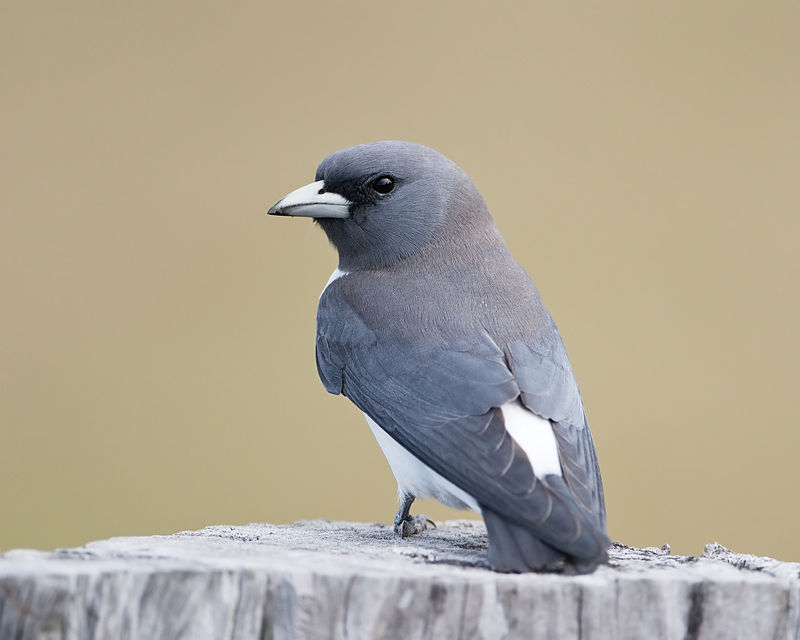