The common swift (Apus apus) is a medium-sized bird, superficially similar to the barn swallow or house martin but somewhat larger. It is, however, completely unrelated to those passerine species, since swifts are in the separate order Apodiformes. The resemblances between the groups are due to convergent evolution reflecting similar life styles. The swifts' nearest relatives are thought to be the New World hummingbirds and the Southeast Asian treeswifts.

Its scientific name Apus is Latin for a swift, thought by the ancients to be a type of swallow with no feet (from Ancient Greek α, a, "without", and πούς, pous, "foot").

Swifts have very short legs which they use primarily for clinging to vertical surfaces (hence the German name Mauersegler, literally meaning "wall-glider"). They never settle voluntarily on the ground, where they would be vulnerable to accidents and predation. 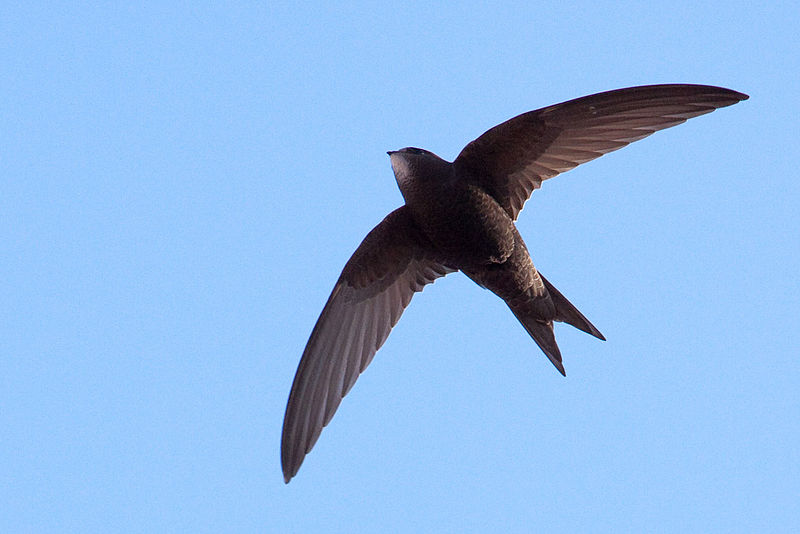